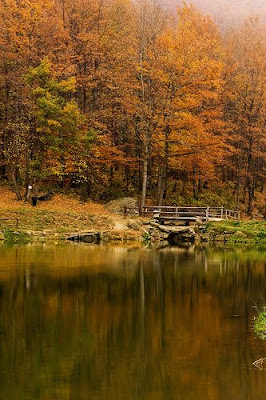 
Tomorrow is officially Canada’s national holiday of celebrating Thanksgiving, set on the second Monday of every October. In the United States Thanksgiving is celebrated on the fourth Thursday of November.

My family has always had the dinner celebration on the Sunday, which is the reason for this post. Actually, I am having two turkey dinners, one at home late this afternoon and one tomorrow with friends. 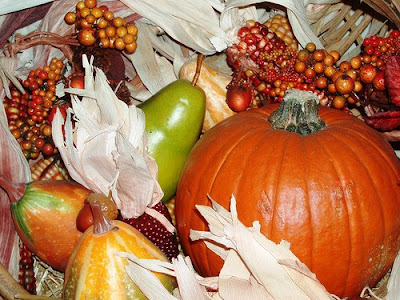 In England, an early Harvest Festival used to be celebrated at the beginning of the Harvest season on 1 August and was called Lammas, meaning ‘loaf Mass’. Farmers made loaves of bread from the fresh wheat crop. These were given to the local church as the Communion bread during a special service thanking God for the harvest. 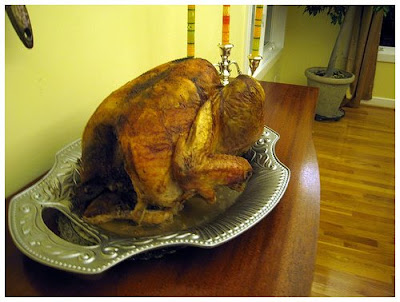 I'm thankful for Lana so I guess I am celebrating Thanksgiving.

Happy Thanksgiving to you and yours.

That is one honking big roasted bird. Happy weekend Barbara!

Charles, you better take Lana out to dinner then.

Gary, while growing up with three older brothers, my mother always went to the Farmer's Market where she would get a 40-odd pound turkey. Domestic turkeys will get that large, especially the males when they are neutered. Of course, it came fresh back then complete with head wrapped in brown paper with a sturdy string tied around to hold it in place, the feet and the innards. It was a chore getting the bird cleaned, stuffed and squeezed into the oven, often before 6 a.m.; and not fully roasted until 4 p.m. in the afternoon. My mother always roasted meat at 325F for 20 minutes per pound. She had learned to cook and roast meat on one of those cast iron stoves with the fire inside.

Come Tuesday I will definitely be full of turkey, and looking forward to turkey chowder.

Exactly the meal we eat. Have a happy day.

In France we do not celebrate Thanksgiving. Y hope your family and friends celebrations will be happy and serene.
Y'm sure that the turkey will be excellent, Y feel the smell here...