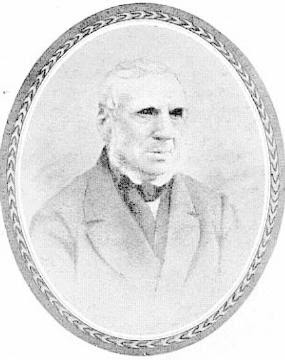 On April 23rd, 1822 (St. George's Day), FitzGibbon was in command of the forces representing the militia of Canada, and was assembled before the Government House to receive the colours ordered to be presented by His Majesty, in token of his appreciation of, and gratitude to, the militia for their services in the war of 1812-14.

Immigration had been encouraged resulting in the influx of population in 1821, 1822 and 1823, and would resume for Manitoba and the unsettled districts further west.

A number of Irish families from the poorest districts in their own land, known as “wild Irish”, the majority ignorant of any language but their own native Celtic, had been sent out under the auspices of the Roman Catholic Bishop of Upper Canada, and had been settled on land in the county of Lanark, where many of them were employed in the construction of the Rideau Canal, not far from the town of Perth. 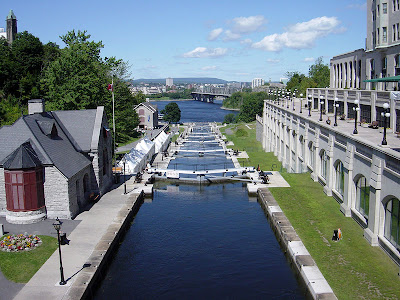 [2-The Rideau Canal connects Ottawa to Kingston, Ontario on Lake Ontario. In 2007 it was registered as an UNESCO World Heritage Site. The canal was opened in 1832 and remains in use today, with most of its original structures intact.]

The immigrants unused to the ways of the country had come out with “extravagant expectations of fortunes to be made, without the trouble of earning them, and with exaggerated ideas of the privileges and freedom of the New World and absence of the controlling arm of the law, — this with the national animosity of Roman Catholics and Protestants among them, resulted in disturbances and threatened riot.” 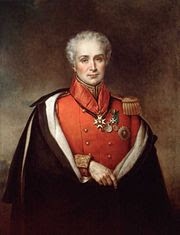 Alarmed at the aspect of possible riot, the magistrates of Perth had applied to Sir Peregrine Maitland for a detachment of troops to be sent. Before complying with this request the Governor sent for FitzGibbon, who begged to be allowed to go alone to the district, report upon the condition of affairs, and endeavour to settle the difficulty before calling out the military.

Confident in his knowledge of and influence over his countrymen, FitzGibbon went to the scene. He investigated the causes of the disturbance, and reiterated his determination not to resort to arms until all other means had failed. He assured the magistrates that the mere appearance of the military would but serve as a match to kindle the flame, and insisted that not a shot should be fired until he had at least spoken to the belligerents.

Upon his arrival at the area, FitzGibbon jumped down into a cutting, where gangs of these "wild Irish" had struck work and were assembled, one faction headed by a big, broad-shouldered giant, ready for a free fight and broken heads.

Facing them boldly, FitzGibbon poured forth a volley in their own Celtic language, and before the magistrates realized what he was attempting, the mob had paused to listen, and when he ceased, both sides cheered him. He then went among them to explain away misunderstandings, which their ignorance of the country and of English had originated; expostulated with them upon the folly of thinking that any country could be governed, or order, peace or safety to themselves or their property ensured, without the law being enforced and magistrates obeyed, and ended by standing sponsor for them with the authorities for their future good behaviour.

The result of his efforts was so satisfactory that a report was sent to the Colonial Office as obtained him the personal thanks of Bishop MacDonell upon the return of the latter to Canada. This was all the more satisfactory owing to the fact that before FitzGibbon's visit to the Irish settlement, the report of their riotous behaviour had been communicated to the Colonial Office, and Lord Bathurst (photo) 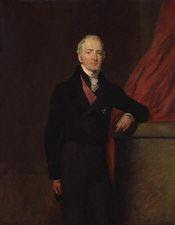 had written to Bishop MacDonell, then in Rome, on the subject.

Fifteen years later FitzGibbon received information from one of the magistrates, who had been the most anxious for the aid of the military, that there had been no riotous behaviour in that district since his visit in 1823.

In 1826 riots broke out among the Irish settlements in the township of Peterborough, and FitzGibbon was sent to keep the peace and restore order. Again the service was accomplished without force by his personal influence and individual efforts.

I've been to Kingston a million times and it is sooo pretty!

You gotta like a soldier who realizes you don't always have to fight.

Good text : I learn something...
Nice photos too...

Great photos this week. Canals will always intrigue me.

Hallo Barbara, I am also happy that the town of Vienna cares about old trees, I always took it for granted or did not notice it, but one should really appreciate this :)
Today I'm too tired to read your post but I will come back!

Webradio, the history of any country is always interesting.

Travis, if canals interest you then I will find more.

Maria, come when you can.