What The Night Knows by Dean Koontz (Book Review) 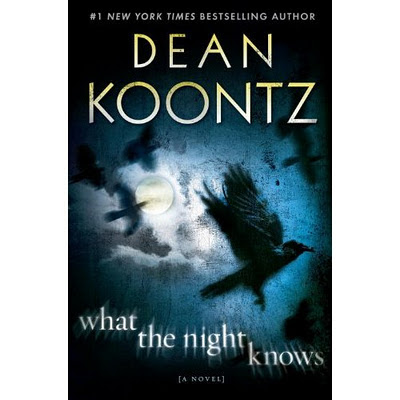 “In the late summer of a long-ago year, a killer arrived in a small city. His name was Alton Turner Blackwood, and in the space of a few months he brutally murdered four families. His savage spree ended only when he himself was killed by the last survivor of the last family, a fourteen-year-old boy.

“Half a continent away and two decades later, someone is murdering families again, re-creating in detail Blackwood’s crimes. Homicide detective John Calvino is certain that his own family—his wife and three children—will be targets in the fourth crime, just as his parents and sisters were victims on that distant night when he was fourteen and killed their slayer.

“As a detective, John is a man of reason who deals in cold facts. But an extraordinary experience convinces him that sometimes death is no a one-way journey, that sometimes the dead return.

“Here is a ghost story like no other you have rad. In the Calvinos, Dean Koontz brings to life a family that might be your own, in a war for their survival against an adversary more malevolent that any he has yet created, with their own home the battleground. Of all his acclaimed novels, mpme exceeds What The Night Knows in power, in chilling suspense, and insheer mesmerizing storytelling.”


Dean Koontz has a particular writing style that provides explicit detail with a minimum use of words. He brings the apprehension of a family being stalked by a malevolent spirit to a palpable sensation for the reader. Despite the viewpoint of some people that spirits do not exist nor do they ‘haunt’ the living, take into consideration that this story is fiction. It is a fictional account that takes in the possibility of such an occurrence.

John Calvino is a man carrying a traumatic past that is resurfacing through the recreation of certain details in a homicide he is working on. As his unofficial investigation unfolds, John, undergoes peculiar occurrences: hears bells, or thinks he does, finds family photos on the killer’s computer, and other eerie incidents.

Further fantastical events appear. Each of John’s three children: Zach, wanting to join the Marines; 11-year old Naomi, and 8-year old Minnie, experience supernatural events. A shadowy man is seen in their bedroom mirrors. Despite Naomi’s perceived expertise on Prince Charmings and magic mirrors and nay-saying about the shadow man in the mirror, Minnie proves her matter-of-fact point that the closet mirror is unsafe by dropping a grape through the glass where it disappears. Their mirror is carried up to the attic, and to safe guard Naomi’s possible tampering with it in the future, Minnie paints the reflective surface black. This occurrence is only the beginning.

The children are as well developed as the other characters in this story, carrying the suspense through to the end as the reader gets caught up in their safety and how they manage further weird occurrences of the metaphysical. Mr. Koontz provides perfect examples of why one should not speak to errant spirits whether or not they are visible.

The killer and aspects surrounding the murders are well detailed and particularly graphic. Mr. Koontz goes into the psychological makeup of a malevolent person and a police detective trying to solve a sinister crime while delving into the hunter/stalker aspect.

In typical Dean Koontz style, there is a golden retriever in the story, Willard. Probably reminiscent of his own beloved Trixie, as Willard has passed from this world but makes his appearance to assist the children.

The ending is well done, tying up all the loose ends. An excellent book for suspense fans. 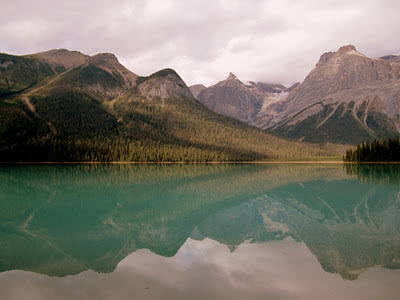 Lake O'Hara in Yoho National Park, British Columbia provides picturesque scenery for any photographer. Lake O'Hara is across the Continental Divide from Lake Louise, and one of my favourite locations for vacation.

One of many sights in rural Canada in the autumn is one of harvest, and placing cattle on mowed hayfiels. This photo was taken from Highway 22 near Longview, Alberta.

I favour the photographs of Mr. McKenna as he has one of those "eyes" for a shot that captures the essence of the view.