I have a computer glitch where my windows program has flipped the view upside down making it extremely difficult to do any typing or posting. When I get the quirk fixed, hopefully in the next day or so, I'll be back to regular posts.
Posted by Barbara Martin at 23:57 14 comments: 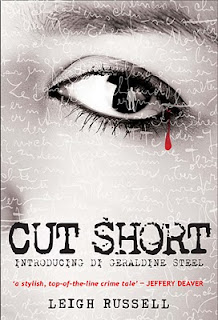 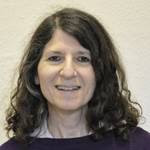 Leigh has agreed to an interview so her readers can get to know a little more about her and how she developed the characters in her two crime novels. 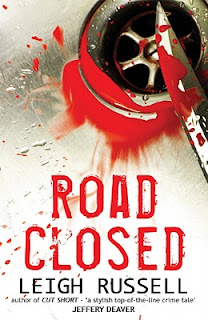 This has been different with each of my books as my writing career has developed. When I started, I never expected anyone to read CUT SHORT, let alone publish it. When I finished the manuscript I sent it to three publishers who specialise in crime fiction, with no expectation that I would hear back from any of them. Two weeks later I had a phone call from a publisher who subsequently offered me a three book deal – and here I am. So the first person to read my first manuscript was my publisher! I showed the manuscript for ROAD CLOSED to a few close friends before I sent it to my publisher. I now have an agent, and so far he is the only person who has read the manuscript for DEAD END, which will be published in 2011.

Names are very important to me. With some characters I start with a name and the character follows, but usually I have a character in mind and cast about for a name that seems to work.

I’m not good at throwing things away so all my drawers and cupboards are stuffed with random scraps of paper, postcards and business cards people have given me. I also have pens, pencils and notebooks.

I can write anywhere, at any time, but my favourite place is sitting at my desk where I have a wonderful view along the road. When I glance up I can look out of the window to the street below and see occasional pedestrians and cars disappearing round the corner. I always wonder where they’re going. They remind me that life is full of possibilities.

No. Curiously, I can listen to people talking on the radio or television and write, but I find music distracts me from my words.

6. How would you describe the story in Road Closed?

It’s hard to describe my own books, so I’ll tell you what the first reviews have been saying about ROAD CLOSED: “tense and gripping... well-written and absorbing right from the get-go, with just the right amount of guess-work for the reader.” (Eurocrime) “a gripping, fast-paced read, pulling you in from the very first tense page and keeping you captivated right to the end with its refreshingly compelling and original narrative” (New York Journal of Books, reviewed by award winning author Sam Millar) “This novel keeps you guessing until the end and packs some powerful surprises” (Bookersatz) So I think it’s fair to say that it’s a gripping and exciting plot. But I hope you’ll read and make up your own mind about it.

7. What was the inspiration for Road Closed?

It’s difficult to say without giving too much away, but I began with a “What if” question. That’s how all my stories begin. What if you’re the first one to arrive in the office one morning, and you see a body… What if you know you’re alone in the house at night and as you’re lying in bed, in the dark, you hear a door closing…

8. Do you keep a chart or list of all the things about DI Geraldine Steel?

No, I write very little down. I tend to keep my characters in my head, in the same way that I do with the real people I know. I do have to write down the occasional fact, for example the year Geraldine was born, as I often forget factual details. I’m just the same with real people I know, terrible at remembering details like birthdays - but I seem to understand what makes people tick, and I feel that I know my characters.

9. Are there other characters carried over from Cut Short to Road Closed?

Yes. Geraldine is in the same location so she is working with the same sergeant, and the same chief inspector as in CUT SHORT. They are both with her in DEAD END (which will be published 2011). In the fourth book in the series my readers can expect to see big changes in Geraldine’s life… but that’s all I’m prepared to say for now!

10. How and why did you become a writer?

Before I wrote my first crime novel, I had never planned to write anything. One day I had an idea and started writing and I haven’t been able to stop since then. It was like turning on a tap. Within six weeks I’d written the first draft of CUT SHORT. What surprises me now is that I didn’t discover my passion for writing sooner. As for why – F Scott FitzGerald said: “You don’t write because you want to say something, you write because you have something to say.” That was my experience.

I am a fan of Jeffery Deaver so I was thrilled when he emailed me to tell me he’d read CUT SHORT and “loved it!” and described it as “a stylish, top-of-the-line crime tale”. Sam Millar is another author I really admire, so I was equally thrilled when he reviewed ROAD CLOSED for The New York Journal of Books: “We were first introduced to Steel in the gritty and totally addictive debut novel, Cut Short, and once again Russell is in top form with this new crime thriller.” I don’t only read crime fiction. Some of my many favourites are Edith Wharton, Dickens, Ian McEwan, Kazuo Ishiguro… I could go on...

12. What were your thoughts on the multiple print runs of Cut Short, your debut novel?

I was very pleased, and grateful to all the readers who bought CUT SHORT.

Thank you very much for interviewing me here, with such challenging and interesting questions.


Thank you, Leigh, for your appearance and I look forward to your continued success with ROAD CLOSED and DEAD END.
Posted by Barbara Martin at 02:03 12 comments: