The following is a brief incident that occurred in Toronto, in 1866, illustrating James FitzGibbon’s ability to provide lasting impressions in the minds of those he had met or commanded during military service. 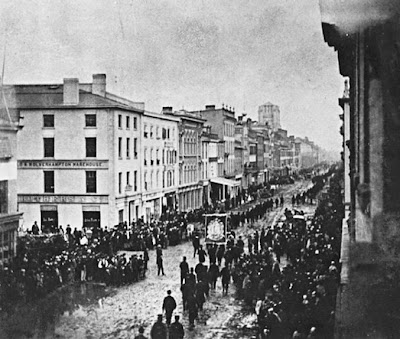 FitzGibbon's daughter-in-law, a widow, then living in a little cottage on Dundas Road, almost opposite the gates of Rusholme, and one of the very few houses at the time in that neighbourhood, was sitting up with a sick child. A tipsy Irishman forced his way into the house probably attracted by the light in the window. The man sat on an armchair and demanded something to eat. With no one in the house with her but the children, and unable to eject him forcibly, Mrs. FitzGibbon thought the best means of ridding herself of the intruder was to comply with his demands. The noise made in opening the door of the chiffonniere attracted the unwelcome visitor's attention. He turned his eyes full upon a large half-length portrait of Colonel FitzGibbon in his uniform. Staggering to his feet, the man stared, raised his hand to his cap in military salute, and stammered out: “Lord Almighty, save us, but it is the Kurnel himself. An' is it in any house belonging to himself I'd be doin' mischief? God bless him, but he saved me from a bad scrape wanst, an' was a kind frind to me after.”

Declining the offered food, the man staggered out, reiterated alternate apologies for his intrusion and anathemas against himself for “doin' the loike furninst the Kurnel's very face, God bless him,” until his uncertain steps and muttering accents died away in the distance, went away into the night.


Research: A Veteran of 1812: The Life of James Fitzgibbon by Mary Agnes Fitzgibbon (1894).
Photo Credit: wikimedia
Posted by Barbara Martin at 10:30

Charles, Sekhar, I thought the history buffs who visit would enjoy this tale.

My uncle once saluted an Air Force poster when he wasn't wearing his glasses.

Willow, that's funny, and it reminded me of an incident when I was little, age 4. My Uncle John was a Captain in the Canadian Army and when he visited he often wore his uniform. When he did visit he would lift me up onto his shoulders where I would have a bird's eye view of everything...I loved it. However, one afternoon while at the Old Eaton's store (before escalators) in Edmonton I saw a man wearing a uniform just like Uncle John, ran over to him calling "Uncle John!" When he stopped and turned around, I stopped dead and bluntly told him, "You're not Uncle John!" It turned out this man knew my uncle after my mother made her apologies for my behaviour. The shock of the encounter at least stopped me from approaching strange men.