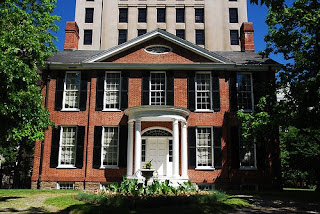 Campbell House, built in 1822, is the oldest remaining house from the original site of the Town of York. Chief Justice William Campbell and his wife Hannah designed the home for entertaining and comfort once their children had grown to adulthood. 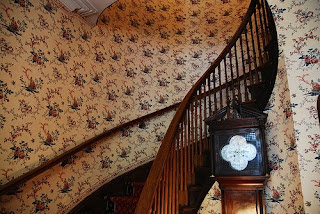 Campbell House was constructed in a style in vogue during the late Georgian era known as Palladian architecture. This style was Italian in origin, and based upon elements of classical Greek and Roman architecture, which emphasized symmetry features of the windows, fireplaces and doors, as well as the grandiose proportions to exhibit wealth. 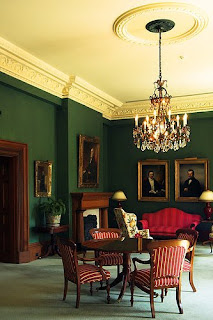 In 1814, Justice William Campbell assisted Chief Justice Thomas Scott by presiding over several of a series of trials known as the "Bloody Assize", which were held at Ancaster to prosecute those charged with treason during the War of 1812. He retired in 1829 due to failing health; and was knighted in April 1829. 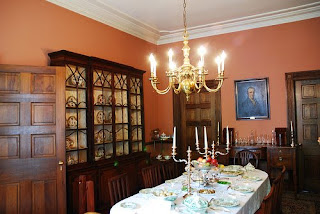 After Sir William's death in 1834, the house was willed to his wife, Lady Hannah, for her use. After her death in 1844 the property and contents of the house were auctioned off and the proceeds were distributed amongst their heirs. 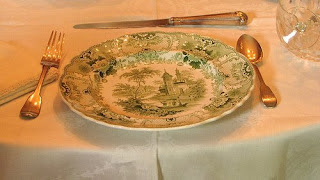 For most of the 19th century the house was maintained as a private residence. After the turn of the 20th century the building was used by several businesses as office space and as a factory, including a horseshoe nail company and an elevator company, and the house fell into disrepair. 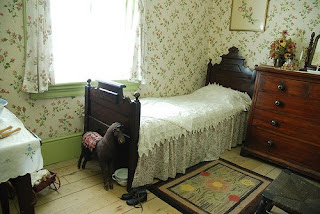 The last owners of the property (Coutts-Hallmark Greeting Cards) wanted to demolish the house to extend their parking lot. At this time the house was offered to anyone who could remove it from the property. A professional association of Trial Lawyers known as the Advocates' Society intervened to save the house, move the building and restore it to its present appearance. The house was moved from Frederick Street on Adelaide Street to its present location at the corner of Queen and University on Friday, March 31st, 1972. Weighing 300 tons it took the movers six and a half hours to move the house over 5,000 feet at 500 feet per hour.

The Sir William Campbell Foundation is a non-profit organization charged with the preservation and interpretation of Campbell House and related histories. The Foundation maintains the house and operates a museum within the building for the purposes of educating the local and tourist community, including thousands of school children annually. The museum endeavours to make history come alive through the use of innovative hands-on approaches to history while still preserving important artefacts from Toronto's early heritage. 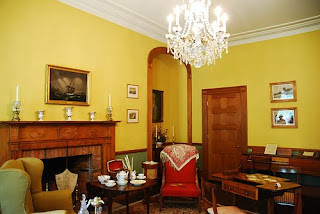 The house has been plagued with poltergeists since Campbell’s death in 1834. Shortly after the move, Marion McCrae, an architect and member of the restoration committee, returned to the house’s old location to examine the site at dusk while the sun was setting. “She claimed to see an apparition of an elderly man wearing 19th century gentleman’s clothing, staring into the empty hole where the basement had been,” says curator Elka Weinstein. Minus the odd bump noise and eerie rustling, the reports stopped after the 1991 renovations, when the last intact area of the house was modernized.

My Town Monday is the brain child of Travis Erwin, but this week check out Barrie Summy's blogsite at barriesummy.blogspot.com for other stories this week.
Posted by Barbara Martin at 20:05

Barbara, that was amazing (and inspirational...we must preserve history). The pics were awesome and I hope I get to see it someday. (Much better than the Alamos' preservation...yikes!)

As soon as I get my "new" camera (yea IRS?) and figure out this blog thing I hope to get into MTM's (my little town was the first to integrate in the school system...quite cool!) Well, in Texas!

Robin, welcome and thank you for visiting my blog.

History can be preserved when one takes an interest in it. I prefer the older buildings in Toronto over the new "glass and steel" ones, the latter not having a sense of character the former have.

Those that fought in the Alamo had a purpose in their lives to defend what they believed in. I still remember learning about it in Grade 5. Everyone in my class had to write a story on the capital city, the agricultural and technological products available for transport, its history and gather pictures of whichever American state had been chosen for us. Mine was Oklahoma.

History brings many memories for many people.

that is a lovely place.

Fascinating. I'm embarrassed to say I don't think I've ever been here.

Arlene, welcome. My feelings too.

Barrie, not to worry. There are many places in Toronto I haven't seen, even after being here 22 years. Soon you will have a nice list of places to see when you have your summer visit.

Okay, next week I'm taking you to a pretty place in Detroit. You deserve it.

It is a beautiful place, and due to the size, would lend itself to the creaks and groans which evoke poltergeist stories. Do you know if Campbell's wife reported any sightings, Barbara?

I love Palladian architecture. It's elegant and classic. What a beautiful home. Thanks for the trip to the past.

Absolutely stunning home. I love the architecture and the restoration efforts are gorgeous. I love historical old homes.

We visited a "haunted" house one year in Villisca Iowa. My mother and sister said the spirits were there with them but I didn't feel or see anything. I guess I'm just tuned in enough.

What a beautiful slice of a time long vanished...

i have been on all the streets you list, barbara, but was always in too big of a hurry to go somewhere and not paid much attention to the buildings around me

happy for this virtual tour, thank you

Patti, there are always pretty places in every city. Besides, Toronto does have its fair share of unmentionable locations.

Bernard, I did not find any articles about Lady Hannah seeing ghosts after her husband had passed away.

Linda, then you can look forward to future posts about some of the older well maintained mansions in Toronto that are over a 100 years old.

Steve, it is nice looking back to see how others lived.

Laughingwolf, I've done the same, but now I'm taking the time to stop and look at my surroundings.

When we went to Florida from the UK on our honeymoon, we were shown 'old' houses that were about 100 years newer than the house we could afford to live in and I work in a school that was opened by Elizabeth I in the 1590s. Fortunately the current classrooms aren't that old! In fact, mine was built in 2007.

Leigh, welcome. It would be interesting to read about your school.

Now those are REAL doors.
Cute to see the chamber pot peeking out from under the bed.

Bernita, I agree with you about the doors. They don't make them like that anymore: heavy enough to stay ajar when you want them to and a good barrier to voices carrying.