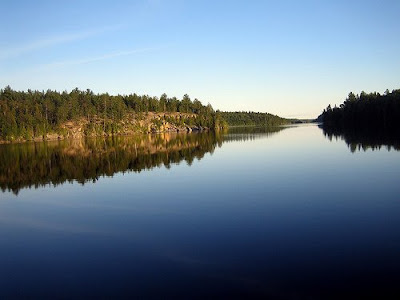 
These parks are 40 km NW of Temagami. Water access from Lady Evelyn Lake via Mowat Landing on the Montreal River, or from several access points on Lake Temagami.

Along Obabika's varied, rough shoreline, outcrops of polished bedrock mingle with boulder fields, sandy beaches, and wetlands. The park encompasses a large area to the east of Lady Evelyn-Smoothwater Provincial Park. It includes the south portion of Lady Evelyn Lake, as well as a section of old growth forest north of Obabika Lake. From here, the Obabika River meanders southwestwards to connect with the Sturgeon River. A large wetland area provides ideal habitat for moose. 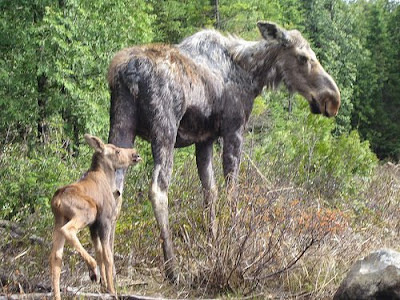 
Located where northern boreal forest and southern hardwood uplands meet, the Temagami region has a unique mix of forest species: boreal jack pine and spruce, usually found in the north, and old growth red and white pine, more typical of southern forest. The area played a key role in the re-introduction of the peregrine falcon into Ontario, which is still considered an endangered species in the province. Other nesting birds to watch for are: osprey, golden eagle, great blue herons and merlins. Another endangered species in Temagami is the Aurora trout. With its striking iridescent colouring, this beautiful fish is native to only two lakes in Ontario — both in this region.

The inspiration and wonder of the area were brought to millions around the world, in 1907, when Archie Belaney, Grey Owl, arrived in Temagami. He was employed by the Ontario Department of Lands and Forests as a ranger and the cabin he frequented still exists on the Mississagi River. His subsequent books and extensive lecturing in Britain and the United States brought tremendous attention to northeastern Ontario and the issues surrounding wildlife conservation.

The area is rich in native culture - archaeological evidence of aboriginal peoples dates back 6,000 years and continues today with the nearby community of Bear Island on Lake Temagami. The rich forests have also attracted loggers to the area. A number of old lumber camps are located along nearby shorelines. Several modern logging access roads also cross the park.

The only facilities you will find here are wilderness campsites and portages. Canoeists should be skilled and equipped to meet the demands of varying water and weather conditions. Topographic maps for navigation are essential.

Numerous waterfalls are found along the Lady Evelyn River. The most impressive is Helen Falls which drops more than 25 metres. The Ishpatina Ridge is the highest point in Ontario where the Precambrian bedrock rises to a dome. At the boundary between the Great Lakes - St. Lawrence and the Boreal forests, the park has a wide range of vegetation types. The area is well known for its old growth white and red pine ecosystems.

Wildlife species such as bear and moose are plentiful in the area. The many deep lakes and fast-flowing streams are ideal for lake and brook trout. 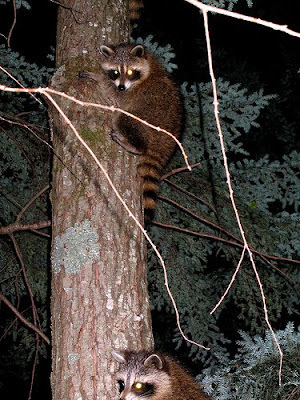 Anyone who has ever camped in Ontario is certainly aware of the most likely night visitor, i.e., the raccoon (Toronto is full of them, due to numerous ravines and a more than ample food supply: garbage). 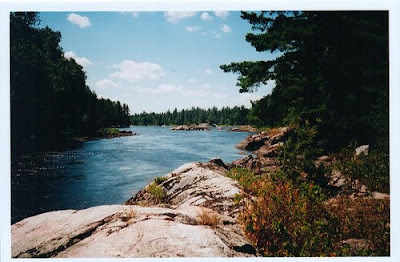 We get a lot of racoons here in Louisiana. Lately one of the mothers is even coming out in the day to get enough food. Very intelligent creatures.

That water in the first shot is like glass. Beautiful as always.

Charles, the adult racoons can be quite nasty. I have seen 40 pound adults in Toronto, but only at dusk in the evening.

Travis, Bernard, now my own posts are creating an adventurous spirit to where I think I'll take a long weekend up north, perhaps to Sault Ste. Marie to savour some of the crisp air and natural surroundings.

What a beautiful place !

Debbielou, and England has its beautiful Lake District.