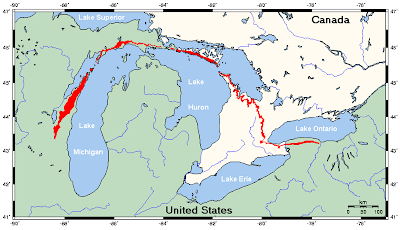 Wikipedia describes the map above:

"The Niagara Escarpment is the most prominent of several escarpments formed in the bedrock of the Great Lakes. It is traceable from its easternmost point in New York State, starting well east of the Genesee River Valley near Rochester, creating one large and two small waterfalls on the Genesee River in that city, thence running westwards to the Niagara River forming a deep gorge north of Niagara Falls, which itself cascades over the escarpment. In Southern Ontario it stretches along the Niagara Peninsula hugging close to the Lake Ontario shore near the cities of St. Catharines and Hamilton and Milton where it takes a sharp turn north toward Georgian Bay. It then follows the Georgian Bay shore northwestwards to form the spine of the Bruce Peninsula, Manitoulin, St. Joseph Island and other islands located in northern Lake Huron where it turns westerwards into the Upper Peninsula of northern Michigan, south of Sault Ste. Marie. It then extends southwards into Wisconsin following the Door Peninsula and then more inland from the western coast of Lake Michigan and Milwaukee ending northwest of Chicago near the Wisconsin-Illinois border."

West of Toronto is Mount Nemo Conservation Park, a part of the Bruce Trail System on the Niagara Escarpment. 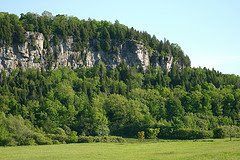 [2] Mount Nemo is an elbow in the Niagara Escarpment north of the City of Burlington, Ontario. The limestone cliff edge, fractured with crevice caves, is covered with an old cedar forest. Part of the Bruce Trail, it is a popular location for hiking and... surprise surprise... rock climbing. Although I have more of a spectator view of rock climbing, my bones are becoming too old for this sport, thus I leave it to the more adventerous. It is enough that I can walk portions of the trail. 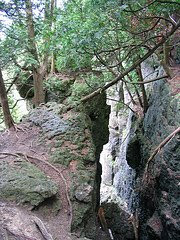 Mount Nemo Conservation Area is operated by Conservation Halton. It has five kilometers of hiking trails that connect with the Bruce Trail. 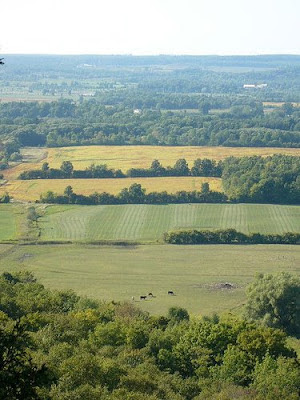 
For more information on the Bruce Trail system check out the link on the side bar under CONSERVATION OR NATURE CONNECTIONS: Green Belt - Niagara Escarpment and Bruce Trail.

I've been along the estcarpment. It's gorgeous. Makes me wish I lived somewhere with some mountains and cliffs. This is the area Lana lived in when we first got together.

Charles, this is the closest to rocky crags I can get without going to the Rockies.

Barbara,
These photos are gorgeous. I've never been to this part of Canada, so these are a treat. I have been to Alberta and remember most the cleanliness and respect Canadians have for their land.

Thanks so much for the visit and the link!

Nice - thank you for the info!

Runee, welcome and thanks for commenting. Come again anytime.

Lana, thanks for visiting.

The words conservation area always grabs my attention when we travel. I tend to avoid big cities, and this would certainly be an area I would love to visit in more detail around the Great Lakes.Last time I was around this way, was thirty years ago. After finishing a student teaching stint in Wisconsin, we young Australian women headed off in a hired car, their main criteria being shopping unfortunately!Can't be a traitor to the female sex however,you can imagine that shopping in a foreign country isn't entirely unenjoyable!

Pam, conservation areas attract me as the land has been saved from the destructive tendencies of humans in general. While doing these posts I have been discovering new out of the way places I was unaware of, and now my weekend walking trips are going further afield. Yes, shopping in a foreign country has its treats...buying something you can't quite get back home.

The tourist places here sell stuffed toy moose with mountie hats (of all things), but if there wasn't a market for them they wouldn't be available.

The interesting thing about studying this is that the escarpment may not be as tall as the Rockies, but it extends for MILES, and creates such wonders as Niagara Falls. Gorgeous pics!

Gary, welcome and thank you for visiting. Please return anytime to browse.