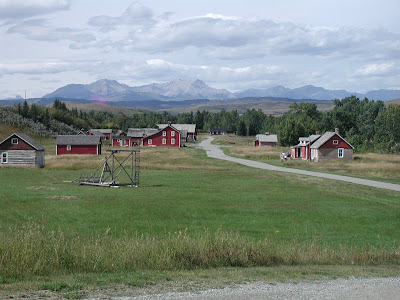 The Bar-U Ranch became a historical site on December 31, 1991 to preserve the history of the ranching industry and its contribution to the development of Canada. The site is 148.43 hectares / 367 acres.

Located in the foothills of southern Alberta near Longview (SW of Calgary) the Bar-U Ranch was established in 1882, one of a small group of very large corporate ranches in western Canada. Others included the Cochrane, the Oxley, the Walrond and the Quorn. This ranch was one of the best managed of the large ranches through several owners and served as a training ground for many cattlemen. 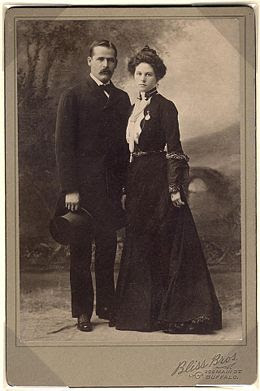 Through its history many “colourful characters” are associated with the ranch such as John Ware, the Sundance Kid (Harry Longabaugh) in 1891 at 25 years old was a working ranch hand [photo], H.R.H. Edward Prince of Wales and two of four who founded the first ever Calgary Exhibition and Stampede: George Lane [photo] and Patrick Burns. 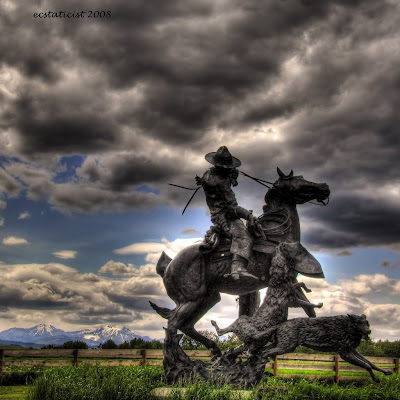 [3- a sculpture, donated to the Friends of the Bar U Historic Ranch Association and Parks Canada by Mr. Bert Sheppard, is a representation of an incident in the life of George Lane as depicted in a 1914 watercolour "George Lane Attacked by Wolves" by Charles M. Russell]

From 1881 to 1902, Fred Stinson and the North West Cattle Company practiced open range ranching. Initially a few buildings were confined to one area, and gradually Stinson added more buildings, corrals and fences. During 1902 to 1925, the Bar-U achieved international repute for breeding quality cattle and purebred Percheron horses. 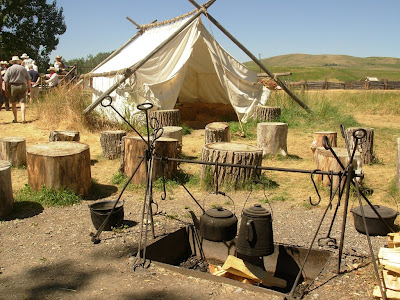 During the Burns era (1927-50), the Bar U was part of a multi-ranch cattle operation. An experienced and resilient owner, Burns piloted his ranches through the depression, cutting back operating expenditures and investing in long-term improvements. Much of the ranch's infrastructure became redundant as he scaled down the Percheron operation. Several buildings were adapted to store grain, which was grown in huge quantities during the Second World War. The Bar U remained one of the largest ranches in the country until 1950, after which date the executors of the Burns estate sold land to other ranchers.* 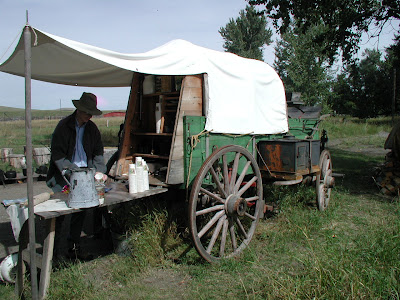 While most of the large ranches of the 1880s went out of business in the early 20th century, the Bar U has survived to the present day.

Is that heaven, or just in the foothills of heaven? Of course, I am reminded of City Slickers and Blazing Saddles too....
To answer your question, Barbara, YES we had a day of ice the other day and snow since and getting around is somewhat horrible. You know I am blaming Toronto for sending NY this weather.

Gary, it is one type of heaven. I can see myself out there on horseback hazing a small herd of cattle down from the summer pasture to their winter pasture closer to the ranch buildings.

About 33 years ago I did exactly that, helping out a rancher near Rimbey with many others move his cattle, about 500 head of mostly cows and calves, from one end of his ranch to the other. There is always a bar-b-que afterwards with a washtub filled with beer bottles in ice.

Great history and photos. I've always been intrigued by Etta Place. There's a lot of speculation about her life and death.

Wow. Cowgirl Barbie eh? Fascinating post Barbara.Is it just me or does the body chemistry shine through in that photo of Harry and Etta. They look like movie stars - guess Sundance ultimately was in one way...and the chuck wagon! I had forgotten about chuck wagons and it bought it all back as a kid,watching Rawhide with Clint Eastwood on the black and white telly, in our jarmies.Oh, I was barely out of nappies...cough.

Whoa -- there's a ranch called the "Walrond" in Canada? That's my name! Not too many of us around ...

David, I thought to post information on Canada's early western heroes and locales for those writers thinking of writing western stories.

Pam, you and I are quite close in age, so we can cough together.

Karen, welcome and thank you for stopping by.

The Walrond Ranch was located in the Pincher Creek area which is the SW part of the province of Alberta near Waterton National Park. The owner was a Sir John Walrond from England who ran a cattle empire.

Reminds me of the huge Parker Ranch on the Big Island of Hawaii.
YeeeeHaw! Aloha-

Love the red buildings against the beautiful backdrop. It makes them all the more striking.

Barbara, you were a cowhand?? You are a woman of many hats!

L.A., the agricultural co-op stores sell barn pain in dark red and green by the barrel. Sometimes ranchers put white trim on the edgings, and from a distance some ends of barns look like they have faces.

Barrie, only a cowhand for this cattle drive on a borrowed retired stock horse. At 18 years old the gelding, Noble, could still move quickly. I used to show western horses in stock seat equitation, western pleasure and do endurance riding.

Wow, that statue is incredible. And it fits so well under that sky.

Fascinating pictures. I have a secret longing for the days of the big ranches. We had a very small cattle farm as I was growing up.

Charles, a typical Alberta summer sky with thunderheads dispersing after a cloud burst. Those look like remnants of hail clouds.

They say you can't take the country out of a person born to it. Here, I was born in a city and prefer the country life over the city.