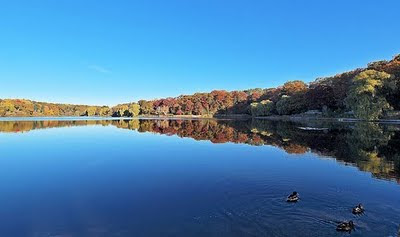 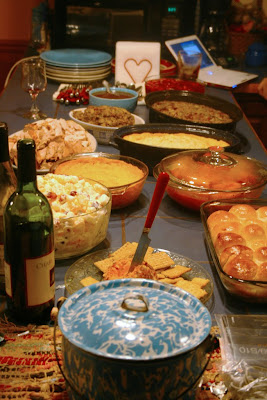 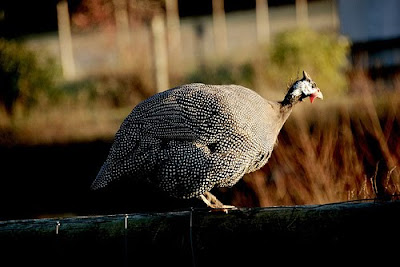 
Canada celebrates Thanksgiving earlier than our American neighbours who wait until late November. We could be knee deep in snow at that time in frigid temperatures, at least in the northern areas above the south Ontario triangle or in the western provinces.

For all my Canadian neighbours and blog friends have a great feast and reflect on your blessings this year.

Happy Thanksgiving and may you and your country continue to enjoy boutiful blessings.

Wr don't even have that holiday, so I'll have to for you post - which is no mean substitute!

Kia ora Barbara,
Happy Thanksgiving! It is the holiday I most miss, a day of family, friends, reflection, and of course great food. I have sort of wandered away from the day here in New Zealand - November, as Thursday is a tough day to organize a festive day when the rest of the country just carries on. But this year we are going to celebrate! Enjoy a lovely day my friend.
Aroha,
Robb

that beautiful park is in TO?

I went to a friend's place for my Thanksgiving dinner this year and was presented with turkey, stuffing, cranberries, new potatoes, AND curried goat with couscous mixed with peppers, raisins, carrot. Also a take home container of a portion of the leftovers. More feast throughout the week, hooray.

@RuneE, Thanksgiving began with the First Nations instructing the newcomers to North America on how to prepare for the winter, and have an autumn feast for the bounty provided in the summer. The tradition has carried on in Canada and the United States. It is often a gathering of family and friends to enjoy their company and count blessings. We enjoy it as a National holiday.

@Robb, it doesn't matter much which day you celebrate on, as long as you do it. Please tell your readers about it when you do. I've love to hear about it.

@Gary, yes the park is in Toronto's west end. I have done other posts about it, and will do another sometime in the future about the little zoo in High Park. I like this park because once inside there is no view of telephone lines or civilization: just trees, grass, bushes, lawns, gardens and many different ponds. It's a very large park where one can go to enjoy nature.

Happy Thanksgiving Barbara - first time I've heard of curried goat with couscous at Thanksgiving but why not! ..Our big tradition meal is at Christmas, but that is changing too here in Australia, many opting for seafood and also including foods with an asian or middle-eastern influence.

Blessings to you, Barbara.

I meant to stop to wish a Happy Thanksgiving. I used to cook a turkey for both, but haven't for a few years. That's a lot of turkey in two months! ;)

Barrie, I love eating turkey and never get tired of it.