This hike takes place in Yoho National Park in British Columbia in western Canada. Today is the fourth day of a hike that began November 20th at the Takakkaw Falls.

This hike returns to Takakkaw Falls campground with stops at Point Lace Falls and Angel’s Staircase 5.2 km taking 2 plus hours. The hike begins at the Laughing Falls campground.

Just down stream from Laughing Falls is a bridge over the Yoho Valley River which is 4.2 km to Takakkaw Falls. 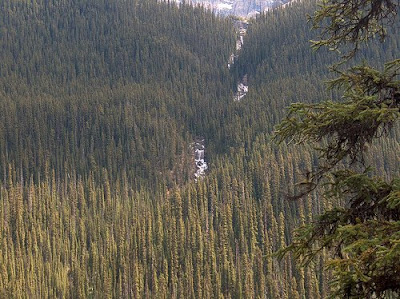 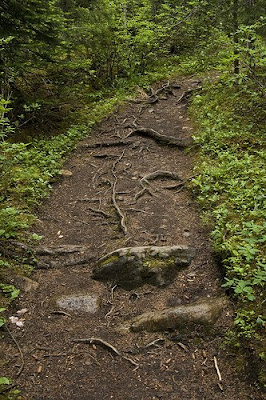 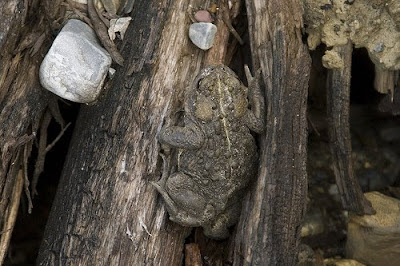 [3- Western Toad on hike] According to Wikipedia the Western toad or boreal toad (Bufo boreas) is a large toad species, between 5.6 and 13 cm long, of western North America. It has a white or cream dorsal stripe, and is dusky gray or greenish dorsally with skin glands concentrated within the dark blotches.

Breeding occurs between March and July in mountainous areas, and as early as January in lower-elevation regions. The female lays up to 17,000 eggs stuck together in strings that adhere to vegetation and other objects along water edges.

B. boreas is frequently encountered during the wet season on roads, or near water at other times. When handled adults often vocalize, making a sound like a peeping chick while struggling. It eats any type of insect it can catch. It also has a very long jump. 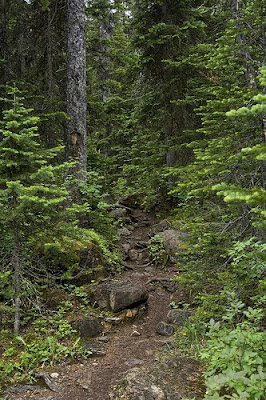 [4- Near end of trail to Angel's Staircase Falls]

Highlights of this trail include Angel's Staircase Falls, a 300 metre cascading creek, 
and Point Lace Falls, 13.5 metre curtain waterfall, which the hiker will find just off the main trail, a mile north of Takakkaw Falls. 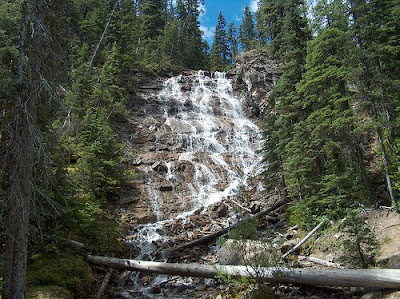 Upon reaching the main trail again, the hiker walks along a gravel track for a few km to complete the hike. 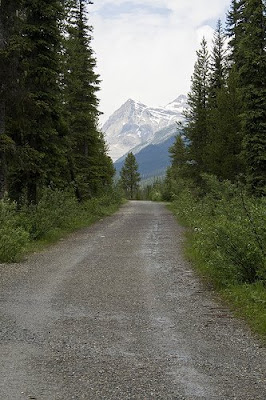 [7-Looking back up trail] 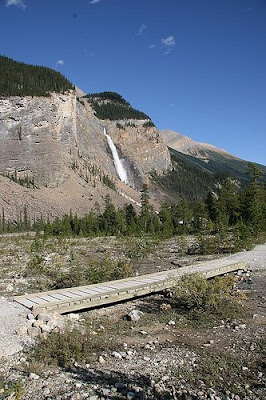 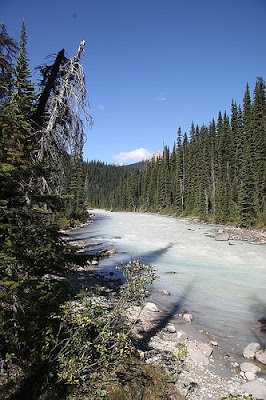 Barbara, hiking resume this morning made me much good.
It's always beautiful and interesting.
Thank you.
François.

I don't know where you are, but it looks absolutely beautiful!

I am in love with that toad.

François, I'm pleased you like the hiking posts and I intend to continue with them in locations across Canada.

Crystal, I amended the post as I forgot to put the location in earlier. Thanks for coming by.

Cloudia, I like walking in dense forests with the sun peeking through the tops. The photo of the toad spoke to me, wanting to be a part of my story.

That looks like a beautiful hike. Frogs and toads are becoming quite rare down this end of the world. We used to see a lot when we were kids. Now you're lucky if you can even hear them.

What a gorgeous hike! It must have been a wonderful experience. The toad is so plump and cute. The forest looks wet and healthy. I hope it stays that way. :)

What a spectacular falls.

Lana, you and Charles should go for a visit.

Shelley, all the hiking areas in the Rockies have beautiful panoramic vistas.

Bindu, the evergreens grow well in poor soil, and in the mountains the dirt tends to be a thin layer over the rocks.

Bernard, you did say in an earlier comment you liked waterfalls.

I was privileged to visit Athabasca Falls last winter. The falls were astonishing, particularly the vivid blue ice, absolutely amazing.