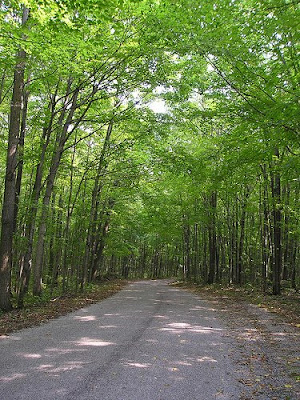 Awenda Provincial Park is in western Ontario located on the northern tip of the Penetanguishene Peninsula on the coast of Georgian Bay in Lake Huron, about a two hours drive north of Toronto. The park occupies an area of 2,915 hectares. It is classified as a Natural Environment Park and therefore all land is protected. 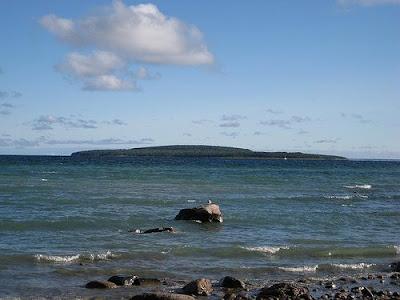 Giants Tomb Island has recently been added as part of the park. Recreational activities include swimming, canoeing and hiking. Geological features include the Nipissing Bluff, dropping 60 metres into Georgian Bay, and kettle lakes formed during the retreat of the glaciers at the end of the most recent ice age. The shoreline consists of a series of beaches with sand, cobble and rocks.

Bass, northern pike, pickerel and smaller panfish are commonly found in the waters between Awenda and Giant's Tomb Island. 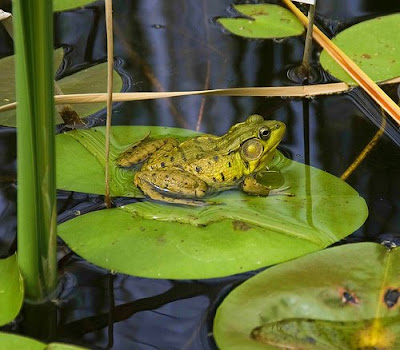 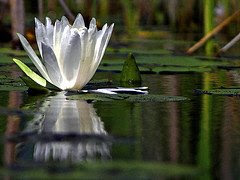 Much of this area was logged around the beginning of the 20th century, so most of the forests here are second growth. However, the park supports a rich variety of plant and animal life, including white-tailed deer, porcupine, raccoon and squirrels. The park is home to 32 species of amphibians and reptiles. Nearly 200 different species of birds have been observed in the park. 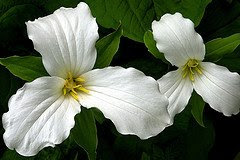 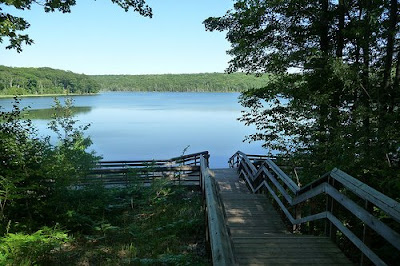 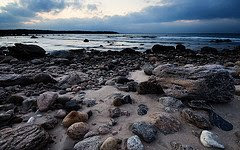 
For boating enthusiasts the size of Georgian Bay provides plenty of room to explore. However, due to its size and exposed area, Georgian Bay winds can be unpredictable and quick to rise, so the use of appropriate caution is necessary. 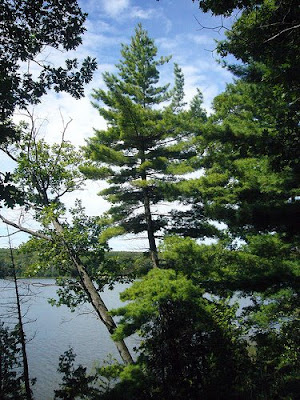 Huron legend tells of a God called Kitchikewana, who was large enough to guard the whole of the Georgian Bay. Kitchikewana was known for his great temper and one day, in a fit of rage over a woman who loved another, he dug a giant hand into the ground and flung the dirt he pulled up into the Great Lakes. Thus the 30 000 Islands were created. The indentations left behind by his fingers form the five bays of Georgian Bay: Midland Bay, Penetang Bay, Hog Bay, Sturgeon Bay, and Matchedash Bay.

all those years growing up and living in ontario, and i never heard of this place... it's lovely!

Those "god" stories are always fun.

I have heard this area is beautiful, and thanks to you a few weeks ago, we know that the islands that make Georgian Bay and the rest are part of the Niagara Escarpment, right?

We live in a lovely country.

That's the greenest frog I've ever seen. Around here ours are almost black.