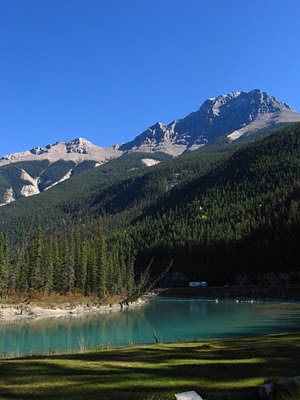 In 1885, the work on the Canadian Pacific Railroad was being made to reach the first crossing of the Columbia River, about 70 miles west of Laggan (Lake Louise) 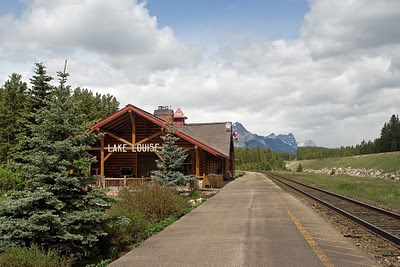 to a place now known as Donald (named after Lord Strathcona. Donald is in the Rocky Mountain Trench near Marl Creek Provincial Park, B.C.). 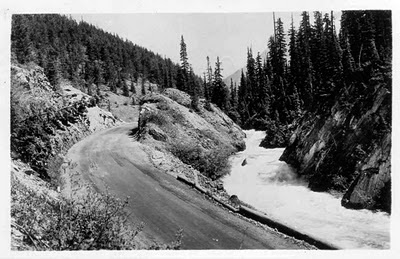 
Samuel Steele was to ensure that the Mounted Police were in detachments along the CPR line during its construction. The railroad had constructed a Tote road to assist those working for the CPR to transport their supplies carried by horse and mule teams. Storage areas had been made at convenient distances which were overseen by a CPR employee. From these stores the contractors obtained what they needed for their contracts. 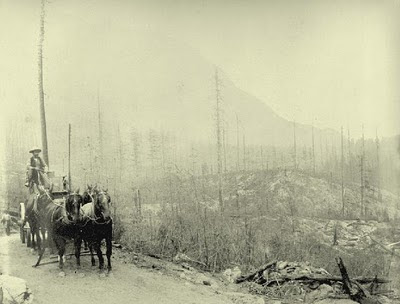 The Tote road was cut out of solid rock near the Columbia River several hundred feet above. An exception to this was the Kicking Horse Flats near the Beaverfoot Pass.

The Kicking Horse Pass was named by Dr. James Hector, who had accompanied Captain Palliser during the exploration of western Canada in the 1850s. Hector explored the pass accompanied by a party of First Nations. At one of his camps he was kicked by a horse he had been trying to put a pack saddle on, breaking several of his ribs and knocking him unconscious. The natives thought he was dead, dug a grave and placed him in it. When they saw signs of life they removed him from the grave.

The Tote road near Golden was dangerous at any given point, especially at the highest being more than a thousand feet above the raging torrent of Kicking Horse River. Any horse that tended to shy or is too excitable in nature was considered not suitable for such a trip. Steele found that horses were unafraid of the precipice, but those horses that shied regularly would keep themselves well away from the rocky wall. On one trip Steele took one of the horses sent to the NWMP to Laggan from Calgary. At the most dangerous part of the Tote road Steele “met an Italian navvy with his bundle of blankets, and he, as was then the custom, instead of going to the right, planted himself against the wall of rock furthest from the precipice. At the sight of the extraordinary object, my horse, crazed with fright, whirled about, and I just saved myself and the horse by hurling myself on to the road.”

Steele, known for his strength, managed to keep hold of reins and bridle of the horse, whose hindquarters were over the precipice and its body resting on the edge. Steele's companion on a steady horse assisted in getting the horse back on the road. Steele sent the horse back to Calgary with a letter to the O.C. to send only horses accustomed to working in the mountains and not horses raised on the plains.

I love the history you added. I always learning somthing new and intersting. I have a collection of history books yet havent looked at them for sometime.
Lovely Lovely images again.

I love the train station. It amazes me what man has been able to do, cutting away so much earth, tree, and rock for feats of transportation.

What an exciting story! I thoroughly enjoyed this post and can't wait for the next one. I loved the scenic pictures, too.

That was fascinating, Barbara. Thank you.

Thank you for adding the names and details to the story, Barbara!

Can't read this story without Gordon Lightfoot warbling in my head, especially after hearing of the Italian navvy!

The courage to carve out a oath through wilderness is something I've always admired while at the same time I wish there was more pure wilderness left.

Barbara, the amount of research that goes into these posts is staggering. Thank you for another interesting post.

Very intersting photos. I find the old one of the wagons and the torn up landscape intersting. Would make a good background for a story.

Lisa, history has many fascinating aspects to it. Sometimes through a brief episode in a historical figure's life the reader sees them brought to life.

Theresa, then I will have to post a few articles on the alpine huts where materials used were packed up on climbers' backs.

Teresa, I find history can be rather dry without visual aids to assist.

Cloudia, the Canadian Rockies tend to have that affect on people.

Bernita, without those descriptions the retelling would be rather boring.

Richard, one's posts should be written as well as possible otherwise agents will wonder about the quality of the manuscripts.

Travis, there is plenty of wilderness in northern Canada and in Alberta and B.C. where there are no roads nor population. Alaska even has wilderness. Now there's a place to visit that has plenty of fishing.

As for courage, I think it comes down to just doing whatever it takes to get the job done.

Reb, once I found sites during earlier research for the War of 1812 series of posts I keep them for future reference, as in this post.

Charles, from what I can ascertain from the Eagle Pass photo it looks like there had been a fire. Yes, that photo inspires me to write something.

Always a lot to learn from your MTM posts! I don't think I would've long back in those days.

I love the part about how the Pass was named. Very interesting. What a gorgeous part of the world.

Barrie, you would have been just fine. It's the perception of living without modern conveniences that concerns most people. The best way to experience this type of life is to go hiking or ride horses into the backcountry where after your vituals run out the land provides nourishment.

Gabriele, in this memoir the incident about Dr. Hector was mentioned, although I already knew about it. Another horse incident I purposely left out was "Mr. Holt's Horse" as this would have made one too many.

Sebi, welcome and thank you.

Hello Barbara. You have developed such a wealth of historical and geographical lore that I can't wait to see how you use it in your stories.

I love your post about this area - the history is so fascinating! I will be in Kicking Horse country by tomorrow evening! (I have a home in Golden) I have eaten dinner at that Lake Louise train station too.

Rick, I'm hoping an agent will feel the same way.

Yolanda, I wish I was there too. My posts will have to suffice for now. Enjoy your time in Golden and I look forward to seeing your own photos upon your return.

I don't think that we always appreciate the hardships that the construction of railways implied. Your description was a gripping example of what the workers had to endure. We have comparable stories from these parts.