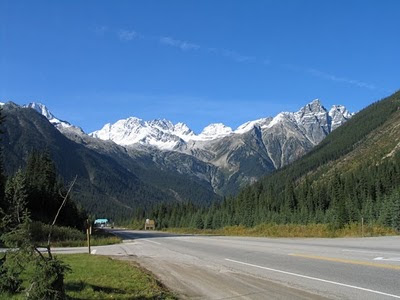 This post is for Robb Kloss of Ruahine Ramblings in New Zealand who is celebrating his birthday. Please pop over to wish him a good one.


Glacier House is the focal point for ten hiking trails in Glacier National Park, British Columbia. These ten backcountry trails that lead out of the Illecillewaet Campground date from the early days of railway tourism and still follow the routes laid out by the original Swiss Guides of Glacier House. 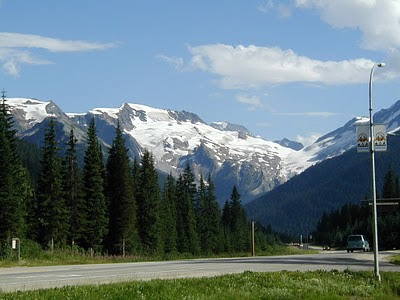 Illecillewaet Campground is located 2.6 km west of the Rogers Pass Discovery Centre located in an avalanche shelter on the Trans-Canada Highway (hwy 1). 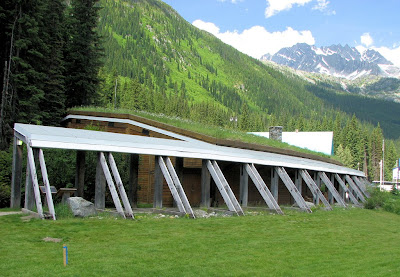 [3 - Rogers Pass Discovery Centre built in an avalanche shelter - click to enlarge
This avalanche shelter was built as a protection against the multiple avalanches that occur in Rogers Pass. Every year there is a memorial for those who lost their lives in the March 4, 1910 avalanche. This year marks the 100th year anniversary.] 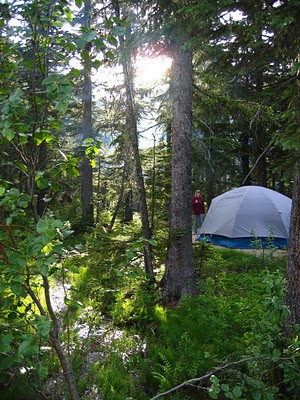 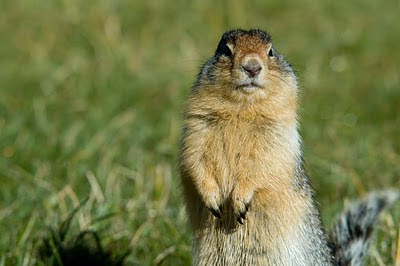 Go to the second parking lot past the campground, walk up the rail trail toward the Wheeler Hut for about 100m, crossing the Illecillewaet River. 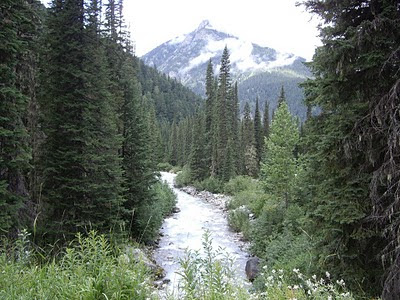 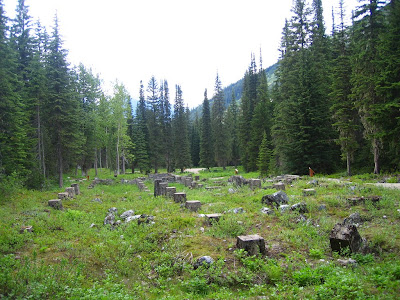 Below the Great Glacier (later called the Illecillewaet) and on the main line, the C.P.R. constructed Glacier House - a traditional C.P.R. hotel. Originally, the hotel was built to eliminate the need to haul heavy dining cars over the pass. Trains were conveniently scheduled so that passengers could lunch at the hotel. 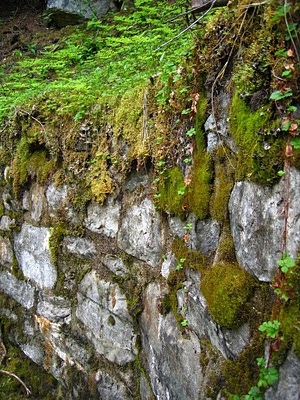 Glacier House quickly became a popular tourist attraction and facilities were eventually expanded to include 90 rooms and related services. 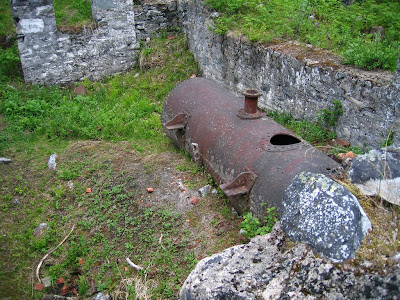 The C.P.R. brought mountain climbing guides from Switzerland and the hotel became a focal point for mountaineering in the Selkirks and North America.

After a massive avalanche on March 10, 1910 that killed 58, the CPR admitted defeat to the weather conditions of Rogers Pass and began in 1913 to build a tunnel underneath Mount Carroll (Macdonald) which was called the Connaught Tunnel. In 1917 the Connaught Tunnel opened for rail traffic with a distance of 1.6km to bypass the dangerous Rogers Pass.

Glacier House continued to operate until 1925 losing its business to the Banff Springs Hotel and the Chateau Lake Louise, as well as the retreat of the Illecillewaet Glacier which had been 150 feet from the hotel.

Kia ora Barbara,
I am honoured and happy to be mentioned amongst such beauty and wilderness. I have just been in the mountains for 3 days, and now out here for a few to celebrate with family and friends, then headed back into the Ruahine for another 3 days. Life is good, and the new hip performing great! Kia kaha my firend and thank you so much for thinking of me.
Aroha,
Robb

The pictures on this post are so beautiful. I love the color of green.

Robb, I thought of the wilderness you like to trek in way down south on the other side of the world. Though the next hike in this park will take viewers into prime grizzly territory.

The Selkirk Mountains in Canada are known as 'wilderness'. When the CPR was putting in the railroad they were informed by the Stoney Indians that they did not venture into them as the wild game didn't go there.

Teresa, the western side of the Rockies get alot of moisture from the Pacific producing lush vegetation. In Glacier NP there are hiking areas in Cedar forests that have been there hundreds of years.

I'd like to be out there in that blue tent.

Your photos are so beautiful! Thanks for sharing. I even see a grass roof in one of them, like they have in Norway. When I was in Bergen in 2005 I didn't know any bloggers for I didn't even blog, but since I am blogging I like to meet bloggers all over the world and they are also welcome here. I had some visitors here from Denmark, South Africa, England,France, New Zealand, Norway and of course Australia, including my daughter and family.

Charles, perhaps that long trip you are planning with Lana includes a trip north into this wilderness.

Josh, nice to see you here.

Wil, many of the avalanche shelters have grassy roofs, though I sometimes wonder if the Rocky Mountain Goats ever go to nibble there.

The color of the sky in some of these photos is luscious. They're all beautiful!

Great shot of the gopher!

Never knew there was such a thing as an avalanche shelter. Then again, not much of a skier.

Trish and Rob, I've always liked the clear and sunny skies for tramping in the forests and mountains. Rain puts such a damper on things, except it stops the skitters from bitting for awhile.

David, these shelters aren't for skiers. Every winter there are multiple snow avalanches that bury Rogers Pass and the highway through it. Maximum snow depth after an avalanche has been measured at 12m deep along the railroad track. There are many snow sheds along the highway to protect motorists from avalanches. When the conditions reach a critical level the highway is closed until the Canadian Forces can fire off the 105mm Howitzer to clear the area of impending avalanches to ensure safe travel.

Absolutely superb. I can almost smell the fresh air and mountains. Would love to walk / hike the trail. My wife and I walk a lot but this looks something special.

Mike, then I'm sure you will like next week's hike which leaves from the Glacier House location. All the mountains in Glacier National Park have upright sides which makes for steep trails with glorious views.

Hi Barbara just spent some time looking at you beautiful photos again, love the ones you take make me feel calm..

Am back posting again too after being away for a while with an illness, but pleased to be back looking at and reading your bog.

One day I would like to take photographs where you go to take yours they are beautiful, thank you, Brian