Frank is a coal mining town in the Crowsnest Pass in southwestern Alberta. From 1901 to 1903 a coal mine had been sunk deep into Turtle Mountain. The local Indians avoided the area as their legends spoke of Turtle Mountain as “the mountain that walked”. Soon the legend would become real. 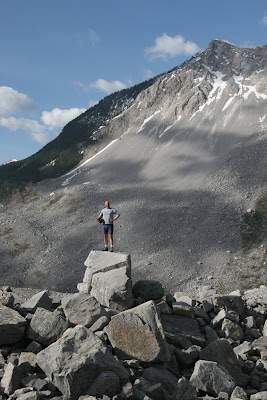 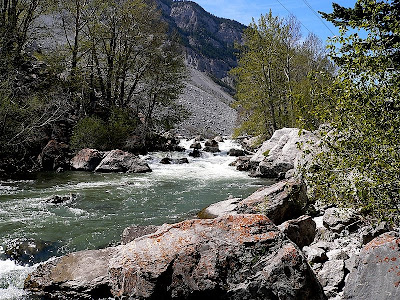 
The slide dammed the Old Man River and formed a small lake, covered 2km of the Canadian Pacific Railway, destroyed most of the coal mine's surface infrastructure, and buried seven houses on the outskirts of the sleeping town of Frank, as well as several rural buildings. Frank was home to approximately 600 people in 1903; of the roughly 100 individuals who lived in the path of the slide, more than 70 were killed. 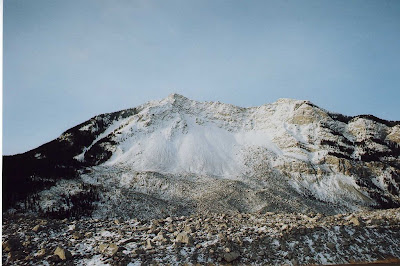 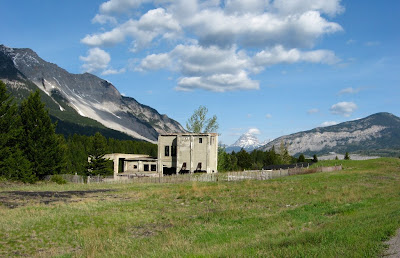 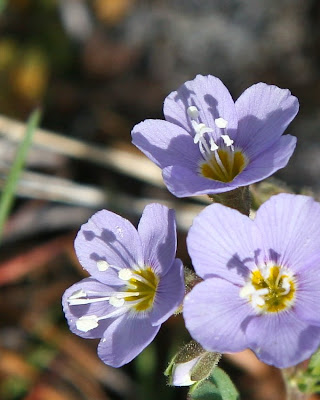 [5 - As time passes the wildflowers return. At the Frank Slide Information Centre - click to enlarge]

This post was due to a request by Tony from Laughing Wolf for a hundred year remembrance of this historical event.

Source: http://www.frankslide.com
http://www3.sympatico.ca/goweezer/canada/frank.htm (for more information and an indepth story)

thx barbara, one of the largest and scariest of avalanches in canada....

Man, that was a big slide.

Wow! The mountain that walks!
Aloha

Kia ora Barbara,
The power of Nature never fails to amaze me, our human efforts undone in seconds like a house of cards. I pause and think of those who lost their lives.
Aroha,
Robb

Unbelievable! What a catastrophe!

The mining operations had destabilized Turtle Mountain from within to where the miners ignored the trembling of rock around them while within the tunnels. It was a matter of time before it would collapse. Many people were able to survive this catastrophe through chance choices the night before, and seven miners who dug their way out of the blocked mine shafts. The most interesting survivor was a mine horse named Charlie who was found a month later: alive. He died a few days later of an overdose of barley and brandy.

What magnificent pictures and a testimony to the folly of human hubris. I'm so sorry the mine horse survived only to be killed by the celebration of his feat.

that is the most amazing slide ever and scary