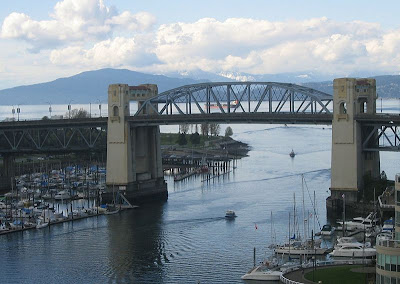 According to Wikipedia, “this bridge is a six-lane, Art Deco style, steel constructed in 1930-1932 in Vancouver, British Columbia…the bridge’s two close approach spans are Warren trusses placed below deck level, while its central span is a Pratt truss placed above deck level to allow greater clearance height for ships passing underneath. The central truss is hidden when crossing the bridge in either direction by vertical extensions of the bridge’s masonry piers into imposing towers, connected by overhead galleries.”

Busts of Captain George Vancouver and Sir Harry Burrard-Neale are carved above the ship prows that jut from the bridge’s superstructure. Click on the photo below to enlarge. 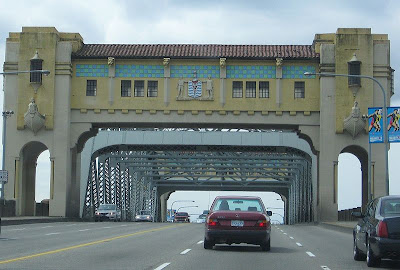 The towers with the lamps were made as part of a war memorial. 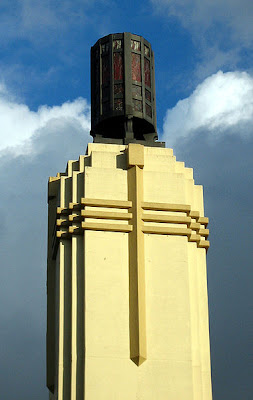 In this photo the Burrard Street Bridge is overshadowed by the high-rise apartment buildings of Vancouver's west end. 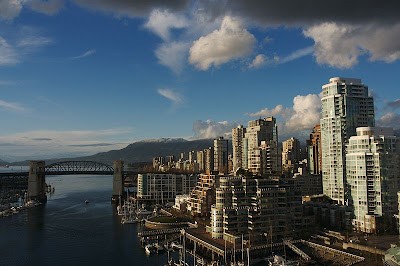 A noble structure, not unlike yourself, Barbara! Aloha from the western isles

What an interesting bridge! Thanks for finding these pictures.

It's hard for me to think of a bridge as being a particular style. I mean, it's a bridge eh?

In those days they new how to make a structure like that decorative. And a very large one at that. I enjoyed it very much.

Teresa, Charles, when I was a child I would accompany my family on summer road trips which would occasionally include a long drive to the west coast and Vancouver. That meant a wonderful drive over the Burrard Street Bridge and the Lion's Gate Bridge. Also, I adore Art Deco.

Rune, all bridges are works of art and technical engineering.