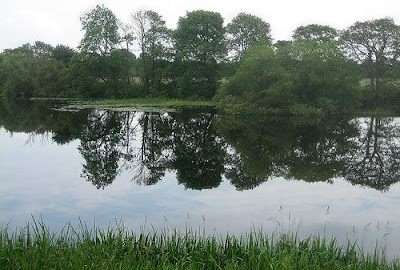 [1-River Shannon, Limerick County, Ireland] James FitzGibbon was born in Glin, on the south bank of the River Shannon in County Limerick, Ireland November 23, 1782; the second son of Gerald FitzGibbon, a freehold farmer. He enlisted in the Knight of Glin’s Yeomanry Corps at age 15. Two years later, at age 17 he joined the Tarbert Infantry Fencibles, an Irish home service regiment, from which he was recruited into the British Army’s 49th Regiment of Foot as a private soldier on August 6, 1799 with the rank of sergeant. 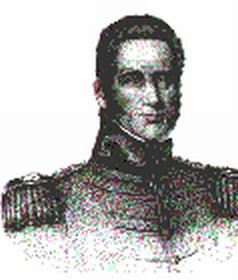 The following morning his Regiment headed for Holland. He first fought in battle in 1799 at Egmond aan Zee, in the Netherlands with Lieut.-Colonel Isaac Brock and Savery Brock, the paymaster, who directed and encouraged the men to advance while keeping ahead of them. The French soldiers kept firing at Savery Brock while FitzgGibbon observed for two hours the large man remained untouched. After witnessing this conduct, FitzGibbon learned of those who advanced first, few fell under enemy fire.

He was taken prisoner at Egmont-op-Zee and carried into France. In January, 1800, he was exchanged, taken to England, and subsequently was present at the action before Copenhagen in April, 1801. Here he served as a marine in the Battle of Copenhagen, under Lord Nelson, for which he received the Naval General Service Medal.

In the autumn of 1801, FitzGibbon was pay-sergeant of the grenadier company. He was not a good accountant, and when making out his pay sheet for February, found himself deficient to the amount of nearly £2.

Following is an excerpt from “A Veteran of 1812: The Life of James FitzGibbon” covering military life in correspondence from FitzGibbon:

“Horror-stricken at this discovery, knowing he had not expended it upon himself, yet dreading the consequences. A recent occurrence in the regiment, of a squad sergeant being tried and reduced to the ranks for the deficiency of one shilling, roused his fears lest the greater deficit should be punished with the lash, and ‘he would take his own life rather than endure the degradation of stripping in the front of the regiment to be flogged.’

“Under the pressure of this fear, FitzGibbon did what in after years he said was "no doubt due to my early reading of such romances as the ' History of the White Knight,' of 'Parismus and Parismenus,' 'The Seven Champions of Christendom,' etc., I decided upon applying to the Commander-in-Chief for protection. " I asked for and obtained a pass for three days to go to London on pretended business. I walked up to town, and found my way to the Anchor and Vines tavern, close to the Horse Guards, and though tired, at once wrote a letter to the Duke of York, stating the case to him and praying of him to enable me to replace the money so that my colonel might not know of the deficiency; for, as I looked upon him as the father of the regiment, I dreaded the forfeiture of his good opinion more than any other consequence which might follow.

“On the following morning, I gave my letter in at the door to the orderly on duty. With an anxiety I cannot describe, I walked before that door till night fell, then in despair returned to my tavern. In the course of my romantic reading, I had learned how many were the evil influences surrounding courts and princes, and supposed my letter had been withheld — that probably such letters from people in humble circumstances were never presented to great men. I therefore wrote another letter, adverting to the one delivered at the office door, and again stating my case as before.

“The second morning I took my stand at the door before the hour of opening, and asked the sentry to point out the Duke of York to me.

“The Duke soon approached. He was in plain clothes and walking. I stepped up to him, saluted him, and held out the letter. He took it, looked at me from head to foot, and passed in without speaking. "After the lapse of a few, to me most anxious, minutes, I was called, shown into a waiting-room upstairs and told that Colonel Brownrigg would see me. He came in presently with my two letters in his hand. He asked if I had written them. I answered, ‘Yes.'

“Upon which he said, 'The Duke can do nothing in this matter before referring to your colonel.’

“ ‘But it is to avoid that I have made this application.’

“ 'In all cases of this kind,' he replied, ' nothing can be done before referring to the Commanding Officer.' Then seeing my agitation, he added, ' The Duke is not displeased with you. Return to your regiment and you will not be treated harshly.' I retired, and it being too late in the day to return to Chelmsford, I went back to my tavern.

“Never having been in a theatre, and learning that I might go into the gallery at Drury Lane at half price, I went, and saw John Kemble and Mrs. Siddons in the characters of Jaffier and Belvidera. On leaving the heated atmosphere of the theatre I found it raining, and was pretty well drenched before I reached my room. This, following the excitement of the two previous days, brought on a bad feverish cold, and I was unable to rise in the morning.

“As my leave expired that day I wrote a note to the agents of the regiment, Messrs. Ross and Ogilvy, to report my illness, and begged of them to forward it to the regiment at Chelmsford. In the course of the afternoon the servant came to my room and told me that two gentlemen were below desiring to see me.

“Startled at this announcement I desired them to be shown up, when to my dismay in walked the colonel and another officer of my regiment. ‘Well, young man, what's the matter with you?’

“’Well,’ he said, ‘take care of yourself this night and return to the regiment to morrow.’ Adding, ‘Perhaps your money is all spent,’ he laid a half guinea on the table beside me with the words, ‘there is enough to take you home.’

“This kindness so affected me that I could hardly say, ‘If you knew what brought me here, you would not be so kind to me.’

“I know all about it. Get well and go back to the regiment.’

“It so happened that the colonel had come up to town that morning, and was at the agents' when my note was received. He then went to the Commander- in-Chief's where my letters were put into his hands, when he came on to my room. Later in the evening the colonel's servant came to see me. He was a private servant, not a soldier, and a very intelligent man.

“ ‘What's this that you've been doing at the Horse Guards,’ he began.

“ ‘What I would gladly conceal from the world,’ I replied.

“ Well, I know something about it, for while attending at table at the colonel's brother's house to-day, I overheard a good deal of what the colonel said of you to the company. It seems you have been writing letters to the Duke of York about some difficulty you have got yourself into, and mentioned the colonel in a way that pleased him and his brother. He said that when the Duke gave him your letters he recommended you to him, saying that he (the Duke) would not forget you. Then the colonel added, ‘If the Duke forgets him I will not.’

“Upon his return to the regiment, FitzGibbon's accounts were examined and an error of £1 15s. erroneously entered against himself, discovered — his limited knowledge of arithmetic and book-keeping being accountable for the supposed deficiency.”

It was at this time that Lieut.-Colonel Isaac Brock began teaching FitzGibbon mathematics.

My Town Monday is the brainchild of Travis Erwin, whose link is www.traviserwin.blogspot.com, where you can find other posts from around the world.
Posted by Barbara Martin at 22:38

Thank you for the interesting story!
I also love the landscape very much!

So much of history is a story of wars. Would it have been such if women were in charge?

Maria, I find the personal recollections of an incident in that person's life to be quite entertaining while a second hand version may not be.

Bernita, there were many incidents involving the military relationship between Isaac Brock and the men in his regiments. What better way to provide an in-depth look into his good character. I had wondered what kind of impact a man like Brock would have on any particular individual, and I may have found James FitzGibbon to be such a person.

A thorough post, Barbara. Thanks for the research--well done.

I've got a My Town Post as well, if you'd like to check it out. Hats off to Travis!

Bernard, Reb, I seem to be finding just the right information about historical characters to post about.

Patti, history is always about conflicts and how humans resolve them. Women? I know a few women who would prefer to be stubborn rather than be willing to make a compromise.

Britta, thorough research of this period will assist when I draft my new novel based on the exploits of my great-great grandfather, Robert McGowan.

Gary, cliff hangers brings the readers back, although it's not intentional on my part. FitzGibbon's life covers considerable time, incidents and battles which needs to be divided.

What a different and interesting story. Thanks for sharing it, Barbara.

You always leave me hanging and wanting more.

have a great labor day, barbara :)

Hallo Barbara!
Thanks for visiting my hiking tour to Reisalpe.
I have just finished a post of our last tour to Raxalpe, a mountain not far from Vienna. If you are interested, here is my link: http://maria-maria1010.blogspot.com/
I just noticed your last post about Snowbird Pass Trail. Holy Moly, that's a phantastic tour! Glaciers and all that! And so beautifully photographed! You must have had a lot of fun on that beautiful tour!
Regards and Bergmann's Heil, Maria

I agree with Travis, Barbara. You have to blog more of these wonderful stories. Give up sleeping, though you are allowed to eat occasionally. Very good stuff.

Linda, since I started digging deeper to find interesting tidbits regarding the War of 1812-1815 I have discovered a wealth of information that I intend to share on my historical posts of Canada.

Travis, I thought that's what writers were supposed to do to their readers.

Tony, today I am doing a different kind of work which I find enjoyable. Not that 9 to 5 stuff.

Maria, the hike up to Coleman Glacier via the Snowbird Pass Trail is an easier ascent than the Berg Lake Trail which precedes it. Canada Parks and B.C. Parks have taken the effort to modify the trails and camping areas so more people can enjoy these wilderness areas. When hiking at a much younger age there were trails I would avoid due to drop off ledges, while now some of those same trails have railings!

Rick, I need sleep more than I need food to function. I'm a bit ahead for my MTM posts now that I can plan how much history to post; and there are my nature posts I like to do with critters.

This is such fun reading!

Tony, I think Marie meant to put her comment in the Snowbird Pass Trail comments, but mistakenly put it here. This has happened before, and for me it's just easier to comment and let it go.