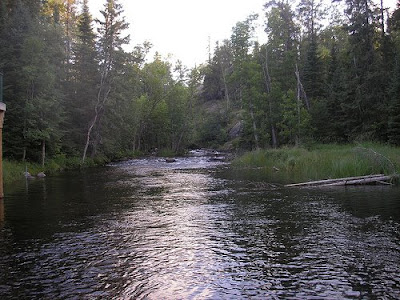 Whiteshell Provincial Park is a 2,729 square km park centrally located in Canada in the province of Manitoba. It can be found in the southeast of the province along the Manitoba-Ontario border, approximately 130 km east of Winnipeg. The park is located in the Canadian Shield region and has many rivers, remote lakes, boreal forest and bare granite ridges. It provides a variety of recreational opportunities as well as cottaging, camping and boating. 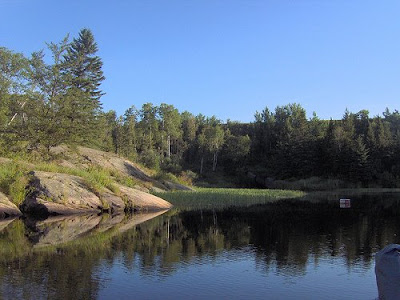 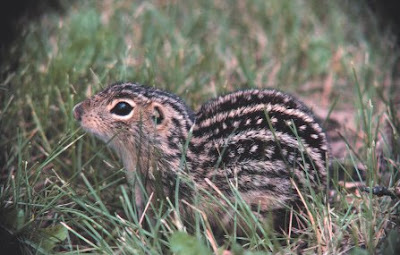 These ground squirrels belong only to the prairies of Western Canada, their range being from Alberta to Manitoba and down through Minnesota and Iowa. My farm had colonies of them and my dogs dug trenches to try to kill them.

There are also snakes, muskrats, turtles and a wide variety of insects found in the park. For fishermen, the lakes and rivers within the park are home to perch, walleye, jackfish, lake sturgeon, black crappie, burbot, whitefish, trout, white bass and smallmouth bass. 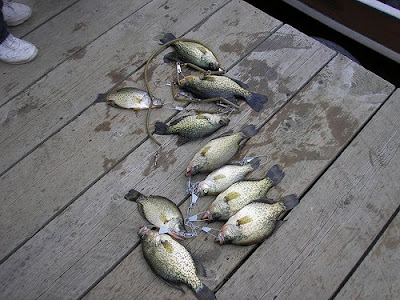 The Ojibway people and various other groups before them initially populated the area. The Ojibway, or Anishinaabe, first mapped some of the area on birch bark. The name of the park is derived from the cowrie shells that were used in ceremonies by the Ojibway, Anishinaabe, and Midewiwin. The historic Winnipeg River and the Whiteshell River are the main rivers that run through this remote park and wilderness area. For thousands of years aboriginal peoples used the area for harvesting wild rice, hunting, fishing, trade, and dwelling. In 1734, Louis-Joseph Gaultier de La Verendrye was the first European to explore the area during his quest for a route to the Western Sea. Natives, fur traders, and trappers used the Winnipeg River as a main travel route, along with the Whiteshell River.

Whiteshell Park has many pink granite ridges, cliffs, and flat granite areas used for petroform making by First Nation peoples. There is also archaeological evidence of copper trading, prehistoric quartz mining, and stone tool making in the area. The copper trade, going east to Lake Superior, began approximately 4000 years ago. Many artifacts and prehistoric camps were discovered in the Whiteshell Park and are protected under the Heritage Act of Manitoba.

Around 1920, the development of roads brought vacationers into the Whiteshell area. The first summer cottages were close to the Canadian Pacific Railway and the Canadian National Railway. A decade later, the province of Manitoba established the Whiteshell Forest Reserve. Further roadwork continued, linking the reserve to Ontario in the east and campgrounds and picnic sites further north. In 1961, Whiteshell was given Provincial Park status and was set aside for future generations to enjoy. 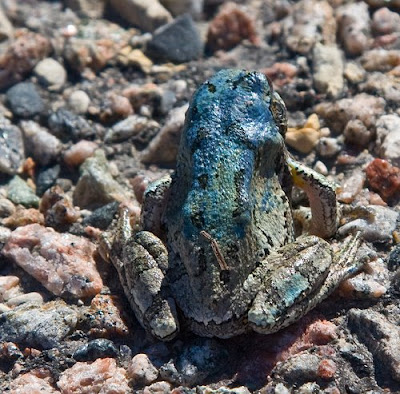 
Guesses are welcome as to the type of frog this is. I have only seen green and brownish coloured frogs.

WOW! Babara your knowledge of this area is excellent! your Photos are also great very interesting read love the little squirrel !!

Another beautiful place! Thanks, Barbara.

The first photo pulls at me as if it were in 3D.

We mostly have white crappie here but they are fun to catch and good eating. That frog has an interesting blue tint to him. Love the patterns on that ground squirrel.

Thomas, there are many variations to the country of Canada.

One item I forgot to mention were Saskatoon berries, a delightful fruit similar to blueberries.

Charles, there's an odd coloured skunk I saw once in Quebec near Hudson that had dots between its stripes, just like this squirrel.

PS, I was looking at your sidebar. Have you ever been to www.realityshifters.com/ A great site on "consciousness" with a great, free newsletter that goes out to 4,000 people all over the world. In fact, the idea of reality shifts in consciousness was the basis for the last novel I wrote. I've been obsessed with quantum reality for some time now.

Barbara - it looks gorgeous. There are so many different animals and birds. While we have lots of interesting birds we don't have the animals in New Zealand. That's part of the reason I love visiting the National Parks in US and Canada.

That frog was gorgeous. Haven't seen a live one in a long time.

Another wonderful post to read up on... good information. Love this country!
~Michele~
Mountain Retreat- Canada

Billy, nice to see you back. The Canadian Shield and boreal forests are indeed a very beautiful part of the country.

I was looking for an email address on your site, but alas found nothing.

Shelley, then I will do a future post with photos to fill in the identities of our different creatures and birds.

Travis, then I'll have to try them sometime.

Patti, frogs are neat, as are toads.

Michele, it certainly is a great place from sea to shining sea.

Wow, beautiful park! And the squirrel is great! Never seen such a lovely fur! Stripes and dots - that's great!
The frog is cute, if you can say this about a frog. I love his colour!

The frog is a "Gray Tree Frog". The blue on it's back is atypical however. It must have wandered into some paint.