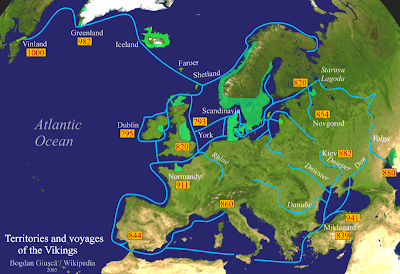 
L'Anse aux Meadows (from the French L'Anse-aux-Méduses or "Jellyfish Cove") is an archaeological site on the northernmost tip of the island of Newfoundland in the province of Newfoundland and Labrador. Discovered in 1960, it is the site of a Norse village, the only known one in North America outside of Greenland. As of 2008, the site remains the only widely-accepted instance of pre-Columbian trans-oceanic contact among those hotly debated by human migration theorists, and is notable for possible connections with the attempted colony of Vinland established by Leif Ericson in around 1003, or more broadly with the Norse colonization of the Americas. 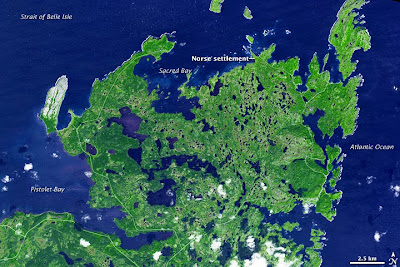 Archaeologists determined the site is of Norse origin due to definitive similarities between the characteristics of structures and artifacts found at the site and those of Greenlandic and Icelandic sites from around AD 1000. 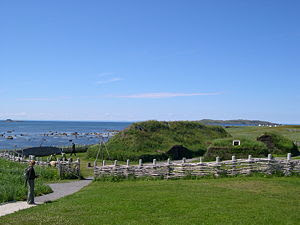 L'Anse aux Meadows is the only known Norse site in North America outside of Greenland and it represents the farthest known extent of European exploration and settlement of the New World before the voyages of Christopher Columbus almost 500 years later. It was named a World Heritage site by UNESCO in 1978. 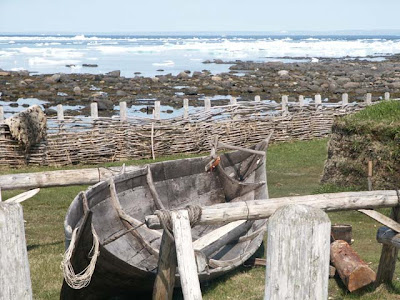 Archaeological excavation at the site was conducted in the 1960s by an international team led by Anne Stine Ingstad and later, in the 1970s, under the direction of Parks Canada. Following each period of excavation, the site was reburied, in an effort to protect and conserve the cultural resources. 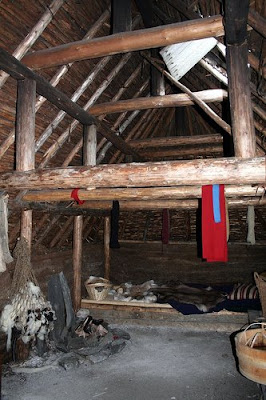 The settlement at L'Anse aux Meadows has been dated to approximately 1,000 years ago, an assessment that agrees with the relative dating of artifact and structure types. The remains of eight buildings were located. They are believed to have been constructed of sod (turf) placed over a wooden frame. Based on associated artifacts, the buildings were variously identified as dwellings or workshops. The largest dwelling measured 28.8 by 15.6 m (94.5 by 51 ft) and consisted of several rooms. Workshops were identified as an iron smithy containing a forge and iron slag, a carpentry workshop which generated wood debris, and a specialized boat repair area containing worn rivets. Besides those related to iron working, carpentry, and boat repair, many artifacts found at the site consisted of common everyday Norse items, such as a whetstone, a bronze fastening pin, a bone knitting needle, and a stone oil lamp. Food remains included butternuts, which are significant, since these do not grow naturally north of New Brunswick and their presence probably indicates that the Norse inhabitants travelled farther south where they obtained the nuts. Archaeologists concluded that the site was inhabited by the Norse for a relatively short period of time. 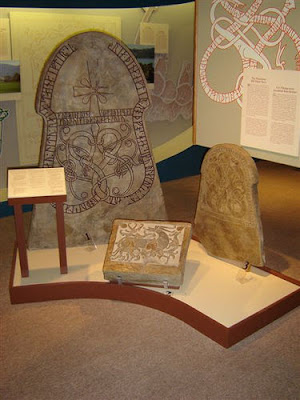 In addition to the European settlement, evidence of at least five or six separate native occupations has been identified at L'Anse aux Meadows, the oldest dated at roughly 6,000 years ago, although none was contemporaneous to the Norse occupation. The most prominent of these earlier occupations were by the Dorset people, a Paleo-Eskimo culture that preceded the Inuit culture in Arctic North America, who predated the Norse by about 200 years.

I really like the Norse culture. And I read (and quite like to) a few books about vikings :)
Thank you for the pictures :)

I must admit that I enjoyed this post very much! The Vinland story has been part of the Norwegian cultural heritage since it was made, but it was not accepted by many until the Ingstads made their discovery.

PS I see my name has got its own stone!

Dark Wolf, there were rumours while I was a child that the Norwegians had been the first to come to Canada with the finding of certain artifacts along the coasts from Newfoundland to the Gaspe Penninsula. I will be following up next week with a post on Vinland and other sightings of tall blonde haired people with gold and riches.

RuneE, a cultural history belongs to the rune stones, which I will add to the post on Vinland.

I did not know that the Norvegians were among the first visitors Canada.
Post very interesting and beautiful pictures.

Marie, they made an impact on the native aboriginals who related this information to Jacques Cartier in 1534.

What I find fascinating is the idea of the sea voyages. They can't have been easy. Really interesting post, Barbara.

Hello Barbara. Are there any therories as to why the settlement was so short lived?

Shelley, there were men and women on the sea voyage to Vinland. I will research this further for next week's history post.

Rick, hopefully an answer will turn up in my research for the next post. However, when archeologists pose an opinion, they are not certain of their answer. The settlement may have lasted longer than assumed.

How interesting. I love information about the migration of people to the outposts of the continents in times past. I have seen the stone works (better than Stonehengein the UK, I thought) in southern Sweden. Just amazing!