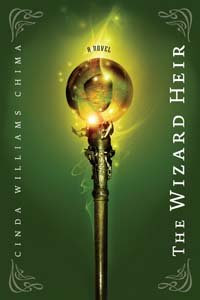 Sixteen year old Joseph “Seph” McCauley has spent the past three years bouncing from one exclusive private school to another. It’s not his attitude. The reason: he is plagued by magical accidents that are increasing in frequency and severity. Seph is a wizard, orphaned and untrained—now that the only person able to protect him has died, his powers are escalating out of control. After causing a tragic fire at an after-hours party, Seph is sent to the Havens, a secluded boy’s school on the coast of Maine.

At first, it seems like the answers to his prayers. Dr. Gregory Leicester, the headmaster, promises to train Seph in magic and initiate him into his mysterious order of wizards known as the Alumini. But after learning the price to be paid for this knowledge, Seph refuses. He is uneasy that Leicester plans to use his students’ powers to serve his own mysterious agenda.

As he makes friends and enemies at the school, Seph becomes trapped in a horrific nightmare at the hands of Leicester himself, who is determined to have Seph join him regardless of the consequences.

Everyone around him is keeping secrets: Jason Haley, a fellow student who has been warned to keep away from Seph; the enchanter, Linda Downey, who knew his parents; the rogue wizard, Leander Hastings; the warriors, Jack Swift and Ellen Stephenson; and the wise ancient wizard, Nicodemus Snowbeard. Seph soon finds himself at the centre of a wizard war he may not have the strength to survive.

Readers who liked The Warrior Heir will not be disappointed with the sequel, The Wizard Heir. It has the same action filled suspense as secrets are unearthed, skirmishes fought, and mysteries surrounding Seph’s parents and the world of the Weir and the Roses are brought to light.

There were suspense sequences in the book that caught and held my attention to find out what the solution would be. The relationships between the various characters are well done, including the internal struggle Seph faces to control his emotions to avoid accidents with his magic. One particularly touching scene brought tears to my eyes, which I give accolades to Ms. Chima for. I believe the last book to do this to me was Charles Dickens’ “A Tale of Two Cities”, so Ms. Chima is in good company.

This is the second book in the Heir trilogy from Hyperion, an imprint of the Disney Book Group. It is recommended for ages 14 and up, has 458 pages and published in 2007.
Posted by Barbara Martin at 01:11

Wish I could get into fantasy. I am so rooted in the everyday.

The author could have done no better a review.

Sounds really interesting - maybe I'll get it for my niece! Thanks for the review.

I hadn't heard of the book either, but it sounds interesting. I sometimes enjoy fantasy. I'm a pretty eclectic reader.

I'll put this on my list for sunny doorstep reading, Barbara!

Barrie, initially I was a little surprised over some of the violence shown early on in the book, but after thinking about it, times have changed in the fantasy world for children. They should not draw conclusions that when magic injures someone the injury is superficial and the person just bounces back up again. In real life, people when hurt do not bounce back up; and neither does Seph, at least not right away. When he is feeling pain and immobilized, the reader empathizes right along with him. It is easy to become immersed into the story, moving from one scene to the next.

Patti, this is everyday with a twist aka urban fantasy. Why don't you try this book? It would be a good introduction into the world of fantasy...easy to read and aa an adult you will be able to recognize the signs of angst and sentimentality in relationships, including consequences of actions whereas teenagers are still learning.

Bernard, kind of you to say so.

Bindu, it is a very exciting, propelling kind of book, filled with honour, love, loyalty and doing the right thing.

Linda, I like to keep abreast of the YA fantasy books as to what is being published. This has a reflection on the adult fantasy books. This series, so far, is very entertaining. I'm looking forward to reading the third book, The Wizard Heir.

Raph, then I'm certain you will ooh and aah over the same places I did, including one loud comment in a public place, "I knew it! I just knew it!" Heads turned to look, I raised the cover of the book and said, "You must read this book...it's great!"

Cloudia, thank you, but I'm puzzled as to why you would be jealous.

Thank you, Barbara,
for sharing this book review with us!
I shall forward it to my youngest daughter. She loves fantasy.

My kids -- and husband -- like fantasy too and read a lot of it. I'll put this on their list!

Merisi, perhaps you would like to revisit the youthful angst of emotions in turmoil combined with suspense and betrayal.

Mary, I recommend this book for adults and teenagers: each will benefit.