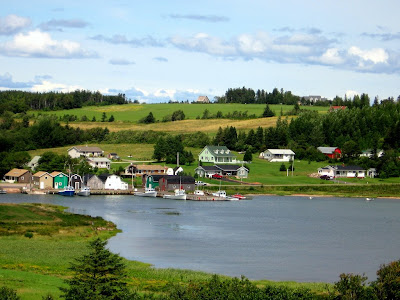 French River is between Cavendish and Kensington on the eastern side of Prince Edward Island.

French River is the site of an old fishing village where it is a quiet area except for the calls of seabirds and crows. 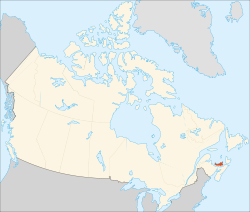 Prince Edward Island (red spot) lies in the Gulf of St. Lawrence separated from Nova Scotia and New Brunswick by the Northumberland Strait.

Wow, Barbara, that's such a gorgeous photo. I've wanted to visit Nova Scotia and Prince Edward Island for...oh, some twenty odd years now. I hope it won't be too much longer now. :)

Looks like a beautiful quite village excellent shot thanks for the map to show me where it is !!

That's what I like a photo and a map to see where the photo is taken. Nova Scotia looks a bit like Scandinavia.

A very lovely little village. If I had to live in a village I'd want something like that.

Michele, PEI is an exquisite place on earth, almost a fantasy island, and numerous places for awesome photos.

Philip, I will be posting on the history aspect later.

Wil, PEI is a wee bit of a place snugged in close to land.

Charles, there's a bed and breakfast just waiting for you there.