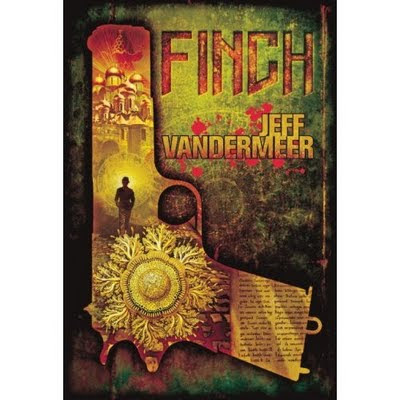 "This is a hardboiled detective story in a fantasy setting" sounds intriguing. Thanks Barbara.

Sounds interesting. I like cross genre books myself, which mix a variety of elements.

Mushrooms?? It sounds quite strange.

I have copies of all three Ambergris books of Jeff Vandermeer, but I thought to start with the first two published before giving "Finch" a shot. I have to see if I'll manage that soon :)

Big thanks for the review, Barbara. I've heard so much about this book and wondered whether I should get it. After reading your review, I now know to start with the first book in the series.

Mushroom people? Sounds weird but very cool if he pulls it off.

The mushroom people are quite nasty characters, and not to be trifled with. It provides a whole new look toward 'magic mushrooms'.

Any type of character can be created in a fantasy once a plausible background history is completed.

From my understanding this book was supposed to be a stand alone which any reader can pick up without reading any of the others in a series and get the gist of the story. This particular book does not fit into that category.

However, now I'd like to read the first two books to see how they are.

I love that cover.

Travis, an accurate description of items within its covers.