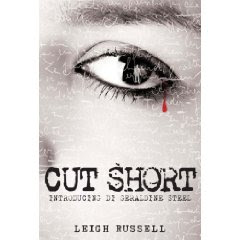 When D.I. Geraldine Steel relocates to a quiet village near Woolsmarsh, she expects to find her new home to be a place where nothing much happens; a space where she can battle her demons in private. When she finds herself pitted against a twisted killer preying on local young women she quickly discovers how wrong she was.

By day, the park in Woolsmarsh is a place for children’s games, for people walking their dogs or taking a short cut to avoid the streets. But in the shadows a predator prowls, hunting for fresh victims.

This brilliant crime thriller begins with the murder of a young woman in Woolsmarsh, a location not often associated with serial murderers. As the body count rises, the town’s population questions the ability of the local police to arrest the murderer and begin to set up vigilante groups.

Detective Inspector Geraldine Steel is a likeable heroine with a forward approach to police work. She questions her ability to do the job set out before her when the murders escalate. The head of the team, DCI Kathryn Gordon is rigorous and demanding to keep the Murder Investigation Team on track, pulling Steel back into the framework when she starts thinking outside the box.

The short chapters kept the pace brisk without any loss of momentum with succinct writing. There are multiple points of view from the other well developed characters that provide a refreshing look at the crimes as they unfold. The connections of the various characters including the killer were revealed by the end of the story with all the loose ends tied up. The last chapters draw the reader into a riveting conclusion.

I read this book in one day unable to put it down, and it certainly is a great start for a debut release. I look forward to Leigh Russell’s upcoming book in this series: Road Closed.

Amazon.com
Posted by Barbara Martin at 20:08

Very nice! I'm reading it now but I've been so busy that it's been slow going to get reading time.

This sounds like an interesting book, I'll include it on my shopping list.
I like those stories happening on small towns, maybe it is because I like to live in a small town rather than a big one :)

Mihai, the fast pace in combination with the clues that are dealt out will keep the curiosity levels up.

Good news - you have won your chosen 4 Giraffe Greetings cards in our Giraffaway draw!

If you email me the details of where to send them, I will put them in the intergalactic post to you!

I very much enjoyed this one and look forward to the next one.

BARBARA you are absolutely right, I would love this. My favorite type of novel!

Raph, it's an excellent book to get excited over.

It's so exciting to get special Raph note cards!

Paul, the book is solid writing all the way through.

Randy, thanks for stopping by, and I'm glad to hear you enjoyed this book.

Gary, I must be a mind reader, or something.

Patti, the suspense is enough to get anyone's blood racing.

You read this book in one day? That is quite a recommendation for its impact. Thanks.

Ronda, it's a book, that once started is difficult to put down. The chapters are short and enticing with bits of action and clues to draw you on.