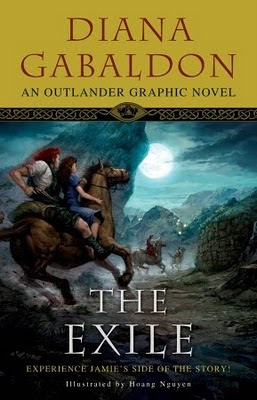 Interesting review, Barbara. I'm not sure I could do graphic novels. I like imagining my own movies as I read.

I haven't read anything by her, in part because of the sheer length of her works. But this should be a quicker read. I'll have to have a look at it.

A relative unknown form of literature for me, but maybe I should change?

Have you read anything else by Diana? I have read one or two novels ( I think different names though, but also about Calir and Jamie, right in the very bginning when she 'went' through to Scotland as it were (back in time) around 1280's or something (the big Scottish war?) and have one or two other ones where they then went to USA - her stories are lengthy but interesting...

I've never read a graphic novel,
Barbara, but based on your recommendation I'll read this one.