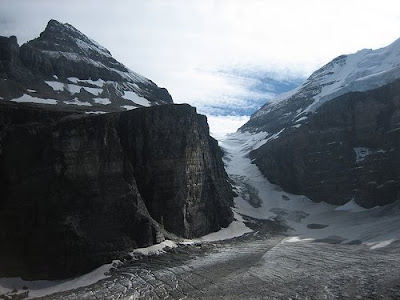 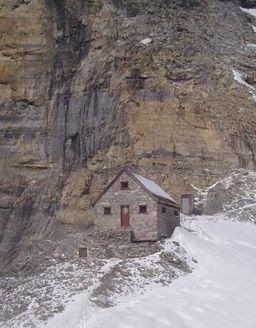 Great teaser, Barbara. I can't wait for the hike!!

That is so beautiful.

Kia ora Barbara,
When I read you had posted another virtual tramp I knew I was in for some good photos and words, but wow that first one just took my breath away. And mountain huts are just so awesome. To climb to places like that pictured, or so many here in New Zealand, and stay a night, or if lucky several, is just pure bliss and joy. As I cannot currently be in the mountains coming to places like this just fill my soul. Thank you my friend. Kia kaha.
Aroha,
Robb

Picture #1 deserves an award if it didn't already receive one. Impressive shot.

The Plain of Six Glaciers sounds facscinating. Looking forward to learning more! (..also I forgot completely about searching out the Kelly Armstrong series, will get on to that.)

You do travel and hike to spectacular places. I look forward to seeing more of your photos. These are fantastic.

What a breathtaking view! And vertical cliffs! Climbers must feel like in paradise!
Have a nice weekend, Barbara! Greetings from Vienna!

Wow! That hut looks like a past civilization remnant. I dread to ask this, but how hard is it to get to it?

The hike up to the hut from the west side above Lake O'Hara is best explained in the article linked at the bottom of the post, and in the link via Abbott Pass Hut beside photo 2.