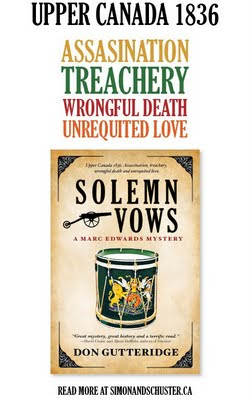 Amazon.ca
Posted by Barbara Martin at 12:53

Another series you have introduced me to, Barbara. Sounds like a winner and I like that cover and title.

Reading this book reminded me I haven't done a post on the Rebelion of 1837.

When I want to read mysteries, historicals are what does it for me.