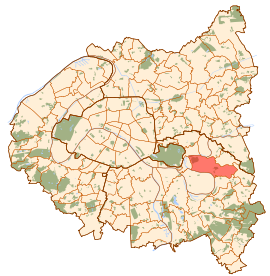 Étienne Brûlé (c. 1592 (Champigny-sur-Marne [photo-district of Paris], France) – c. June 1633 (Toanche, on the Penetanguishene peninsula, Ontario)) was a French explorer and voyageur in Canada in the 17th century.

Étienne Brûlé came to New France in 1608 with Samuel de Champlain, and in 1610, after he “…had already spent two winters at Quebec” asked Champlain’s permission to go and live with the Indians in order to learn their language. This youth was the first European, and the only one that year, to attempt such a venture. Champlain had already conceived the plan of training interpreters and granted the request, entrusting Brûlé to the Algonkin chief Iroquet and received in exchange a young Huron called Savignon, who was to accompany him to France.*

The only record of the time Brûlé spent with Huron as noted by Champlain, was that the young man was the first white man to shoot the Sault-Saint-Louis (the Lachine rapids near Montreal) in a canoe.

On June 13, 1611, as arranged, Brûlé and the Indians returned one year after their departure. Champlain described the scene: “I also saw my French boy who came dressed like an Indian. He was well pleased with the treatment received from the Indians, according to the customs of their country, and explained to me all that he had seen during the winter, and what he had learned from the Indians…My lad…had learned their language very well.”*

By living among the Indians, Brûlé had been accepted by them as one of their own, and was a liaison officer between the colonizers and the natives. During the four years following his return, Brûlé vanished. From certain facts disclosed later, he stayed in the Huron country and made the long trip there via the Ottawa and Mattawa rivers, Lake Nipissing, the French River, and Georgian Bay.

In 1615, Brûlé went with a delegation to the Susquehannahs, allies of the Hurons, to request their support for an upcoming battle. They lived to the south of the Five Nations of the Iroquois (present county of Tioga, N.Y.). To reach the area quickly only 12 of the best Huron braves were selected. Brûlé requested permission from Champlain to follow them, to which he agreed.

Brûlé and the 12 braves left Champlain at Lake Simcoe heading south. He was probably the first European to see all the Great Lakes: Lake Huron, Lake Ontario, Lake Erie, Lake Michigan and Lake Superior, and one of the first Europeans to set foot in the future states of Pennsylvania and Michigan. They raised the army of Susquehannahs and reached the meeting place agreed upon with Champlain two days late. The Huron army, already defeated by the Iroquois, had abandoned the spot. Brûlé returned with the Susquehannahs to Carantouan to explore the countryside.

Upon his return, Brûlé gave an account to Champlain of his adventures of going “along a river which discharges on the coast of Florida”, and that he had continued “his route along the said river to the sea, past islands and the coasts near them.”* It is likely Brûlé had reached Chesapeake Bay which is filled with island, and that he had gone as far as the ocean. However, on the way back, Brûlé lost his way and fell into the hands of the Senecas. The Iroquois subjected him to the early stages of torture reserved for prisoners. He managed to persuade the Indians to release him, through a ruse—by interpreting the sudden appearance of a storm as an intervention by heaven in his favour. Once they set him free, the Iroquois accepted him as a member of the tribe. It is thought by historians that the Senecas may have released Brûlé on a promise “to make them friends with the French and their enemies, and to make them swear friendship for one another.”*

Champlain and the Jesuits often spoke out against Brûlé's adoption of Huron customs, as well as his association with the fur traders, who were beyond the control of the colonial government. In taking the customs of the Indians, he had also adopted their morals. “. . . this man was recognized as being very vicious in character, and much addicted to women,” wrote Champlain. In the eyes of Champlain and the missionaries, this degradation of a European to an inferior state of civilization stemmed from the desire to live in debauchery, and constituted a sin that they found difficult to pardon.* Brûlé left Quebec to live with the natives in the 1620s and became the first European to travel up what would be named the St. Marys River and into Lake Superior. [photos] 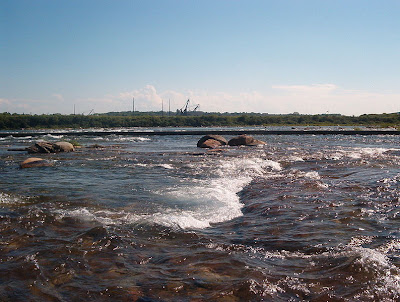 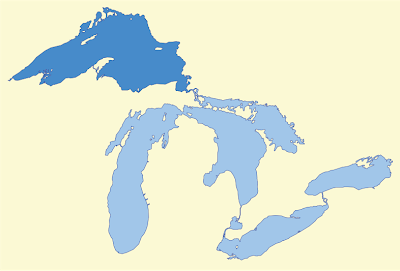 [Lake Superior in relation to the other Great Lakes]


Later Brûlé was confined in Québec for a year, where he taught the Jesuits the natives’ language. Then he was sent back to Europe, prohibited from coming back to New France. Brûlé set out for England and assisted the English Kirke Brothers to capture Champlain and Quebec City in 1629 (though the colony was returned to France in 1632).

Champlain accused him of treason, and Brûlé went back to the Huron country. This episode represents the blackest page in his story. When Champlain returned to New France in 1633, Brûlé was dead.*

The circumstances surrounding his death are shrouded in mystery. For some reason unknown, the Hurons, among whom Brûlé had lived as a brother for 20 years, killed him and ate him.* 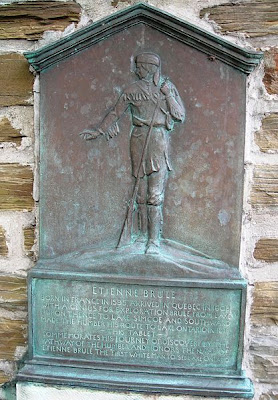 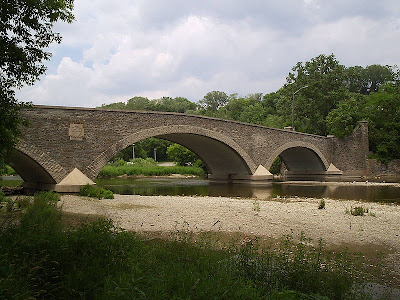 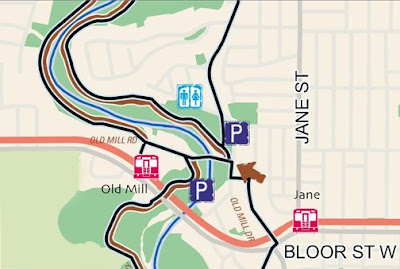 Something strikes me. Robert E. Howard used the name Brule for a character. And since he was a big reader of history I wonder if this is where he got the name. hum.

Charles, it may have been.

It is an education of sorts when I come to your blog Barbara. Thank you.

This is a fascinating story, Barbara. Too bad it had such a tragic ending.

Thomas, this is a French explorer who gets little exposure, while Champlain gets the credit.

Teresa, Brule must have done something to get the Hurons angry at him...