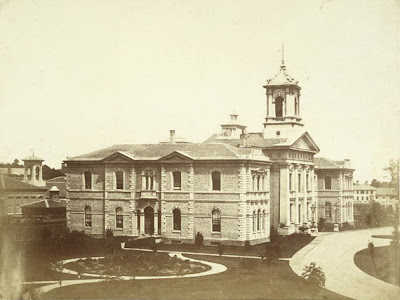 Teacher training in this Province began on November 1st, 1847, when the Provincial Normal School was opened in the old Government House at the corner of King and Simcoe Streets. 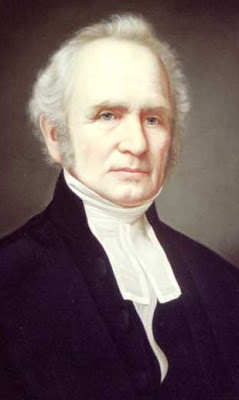 
The Toronto Normal School was a teachers college in Toronto, Ontario. A normal school was a school created to train high school graduates to be teachers. Its purpose was to establish teaching standards or norms, hence its name. On November 1, 1847, the Normal School was opened in the old Government House at the corner of King and Simcoe Streets. Attending on this date were the Chief Superintendent of Schools (Dr. Egerton Ryerson) Bishop John Strachan, Dr. John McCaul, Chief Justice John Beverley Robinson (who was at the Battle of Queenston in 1812) and others. 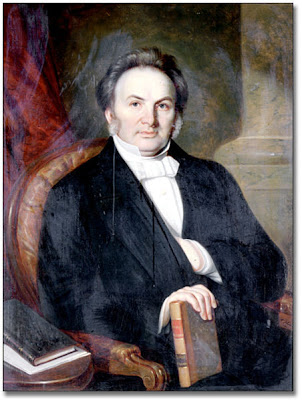 
Dr. Ryerson delivered the address by explaining the meaning of the name of the school. "The word Normal signifies according to rule, or principle, and is employed to express the systematic teaching of the rudiments of learning. A Normal School is a school in which the principles and practice of teaching according to rule, are taught and exemplified."*

In 1848 a Model School was soon located at Church and Gould streets in central Toronto, and was a predecessor to the current Ontario Institute for Studies in Education. The Royal Ontario Museum, the Ontario College of Art & Design and the Ontario Agricultural College all originated at the Normal School's campus, officially named St. James Square, such that the school became known as “the cradle of Ontario's education system”. The school's landmark building was demolished in 1963, but architectural elements of the structure remain on the campus of Ryerson University. 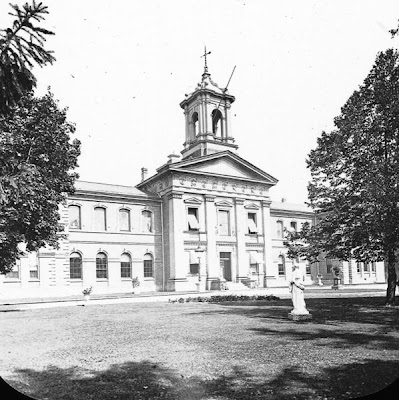 The School was built in Classical Revival style buildings designed for this site by F.W. Cumberland and Thomas Ridout. In 1941 the Normal School was moved to a different site and renamed Toronto Teachers' College in 1953.

My Town Monday is the brainchild of Travis Erwin, founder, whose link can be found under MTM. There you will find other members writing about their home on this planet we call Earth.
Posted by Barbara Martin at 22:46

I really enjoy the brief Canadian history articles that you publish on your blog.

Did you manage to get over to the Burgess Shale when you were in Yoho? I hope you did because I think that you would really have appreciated it.

I'm glad I never attended a "normal" school. It's abby normal all the way for me.

I love the name 'Normal School' makes me wonder what the rest were like, great info thanks!!!!

I feel I get to know Toronto (and Canada) fairly well through this blog. You put in an amazing lot of work in this:

PS Thank you for the pleasant comments!

I'm just trying to wrap my head around the picture of the school down in the heart of downtown with just fields around it. My my how Toronto has changed.

I always wondered why they were called normal. As opposed to abnormal :-)

Always wondered why it was called a Normal School

I lived for a few years in Normal, Illinois when I was a girl. It was named for it's teachers college. Interesting post.

Boy, those were the days when they concentrated on teaching real basics. I wish we could have a revival today of those teaching methods, and the concentration on knowledge, rather than ephemeral nothingness.

Very interesting, Barbara. My grandmother was a teacher in Pittsburgh, PA. about a hundred years ago. I wonder if she attended a normal school. I know she didn't have a college degree.

Is the building still there? What does it house today? Just curious.

Chris, I'm pleased to hear you like these posts.

The majority of my hiking occurred in younger years, and yes, I have been there. This will be posted at a later date.

Charles, interesting that you teach now though.

Lyzzydee, I wondered the same thing when younger, as my mother went to Normal School in Edmonton after she graduated from high school.

RunE, most of the work on the nature and historical items, except Toronto, are from research I'm doing for my movels.

Suzie, it is difficult to imagine unless you see the old photos where the landscape behind is empty.

Debra and Patti, now you both know.

Willow, then I suspect the education systems were linked between countries for the name to be carried over.

Linda, there was probably some place she went. My mother went to Normal School in about 1933, and then much later after the school amalgamated with the University of Alberta she returned to get the fourth year for her Bachelor of Education degree.

Travis, no. The location is now occupied by the Roy Thomson Hall and Metro Hall.


Eventually I will post articles on all the major historical buildings and areas in Toronto.

"
A normal school or teachers college is an educational institution for training teachers. Its purpose is to establish teaching standards or norms, hence its name. In 1685, Saint John Baptist de La Salle, founder of the Institute of the Brothers of the Christian Schools, founded what is generally considered the first normal school, the Ècole Normale, — that is, a school whose purpose is to train teachers — in Reims. The term normal school is now archaic in all but a few countries. In New Zealand, for example, normal schools are affiliated with teachers colleges. According to the Oxford English Dictionary, normal schools in the United States and Canada trained primary school teachers, while in Europe, normal schools educated primary, secondary and tertiary-level teachers.

In the United States, the function of normal schools has been taken up by undergraduate and graduate schools of education; the schools themselves were upgraded to universities focused on meeting the needs of the region in which they were located. Many famous universities, such as the University of California, Los Angeles were founded as normal schools. In Canada, such institutions are typically part of a university as the Faculty of Education offering a one- or two-year Bachelor of Education program. It requires at least three (usually four) years of prior undergraduate studies.

The term "normal school" originated in the early 19th century from the French école normale, meaning "model school". The French concept of an "ecole normale" was to provide a model school with model classrooms to teach model teaching practices to its student teachers. The children, the teachers of the children, the student teachers, and the teachers of the students were all together in the same building. Although a laboratory school, it was the official school for the children--primary or secondary.

Interesting Barbara. I met my husband at teachers college. Do you think if, in that time back in history, we had met at the teachers college you write about, it would have been seen as a "normal relationship"? That was an unbelievably bad pun that I blame on hysteria from a stressful week. Keep up the Canadian history, I really enjoy it.

Merisi, thank you for this wonderful addition about normal school.

Pam, puns are where you get them.

Barbara - we have a normal school near us and I always wondered where that came from and if the others were considered "abnormal". Now I know!

Shelley, I had thought the same thing, except I considered myself 'abnormal' because of it. Though I would say now that I have eclectic tastes.