The Reincarnationist is a historical mystery novel by M.J. Rose which was released in 2007. 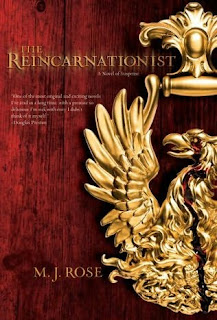 This book comes with an endorsement from Douglas Preston: “One of the most original and exciting novels I've read in a long time, with a premise so delicious I'm sick with envy I didn't think of it myself.”


When Josh Ryder begins to recover from the wounds he sustained in a terrorist blast near a church in Rome, he realizes his life has changed forever. From that point he experiences new sensations: repeated vague scents of jasmine and sandalwood, brief flashes of light and images of intimate memories that are not his own. Some of the memories belong to Julius, a high priest, trying to keep his fellow priests and the Vestal Virgins they protect alive when the Roman Empire decides to enforce Christianity as the one and only religion. The other memories are of a life he lived in the nineteenth century with ties to the Phoenix Club.

Desperate to find answers after medical tests that say nothing is wrong with his mind; Josh enlists the assistance of the Phoenix Foundation, a research facility that scientifically documents cases of past life experiences. Here he learns the Phoenix Club was the original version of the Foundation. While assisting the Foundation with their regression therapy, Josh accompanies the team visiting an archeological dig site outside of Rome. The tomb being excavated is thought to contain treasure when the well preserved body of a vestal virgin and a box containing stones is found.

Being in Rome for the first time since the accident, and at the dig site, Josh’s memory flashes become more frequent and involve a woman named Sabrina whom he is to save and the treasure she carries. When the tomb is robbed of a precious artifact that can help a person remember his past and merge it with the present, Josh jumps into the race to recover them before being misused for evil purposes.

The ending I leave for other readers to discover, but it has a twist.

This book is so compelling it is difficult to put down, while the reader is transported into a story of intrigue, passion, mystery and a secret society. It provides a look into reincarnation where a person might be able to correct the mistakes of previous lives.


The soon to be released novel (Nov 1, 2008), The Memorist by M.J. Rose, promises to be as good as her previous book, The Reincarnationist. 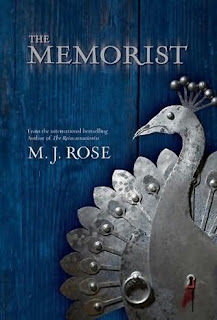 The book continues with the reincarnation aspect with past life memories, a secret society, and an ancient secret about a flute made from human bone linked to Ludwig Beethoven.
Posted by Barbara Martin at 18:23

I read The Reincarnationist. Compelling indeed. I got very little sleep the week I read it----up all hours reading. I didn't know she had written another book. Thanks for the information.

I'm looking forward to reading your take on the Memorist in a few weeks, Barbara. Enjoyed the take on Lady Chatterly, too. How things change.

High praise. I'll have to check this out. I haven't really heard much about it before.

Debra, the concept of reincarnation attracted me to this book. The author is doing a 12-book series based on 12 different memory tools. If the remainder are half as interesting as the first, then reader and writer ought to be quite pleased.

Ruth, you may have to wait awhile on the Memorist as I tend not to purchase the hardcovers (unless I can get an early preview copy).

Charles, there are a few spots with unanswered questions, but as there are going to be other books, perhaps the author will be answering them then.

Sounds great. I just finished The Innocent Traitor by Alison Weir and have been looking for another historical fiction book. I'll pick this up next.

I read this about a year ago and had mixed emotions. The historical thread was the best part I thought, but it did all weave together nicely.

Tony, I like to read thrillers and other genres than what I am writing. Though I really love the Agent Pendergast thrillers.

Historical Fiction Fan, welcome. I enjoyed reading this book and I do have an interest in Tudor England history so I will be checking out your recent review.

Travis, the concept of reincarnation is different for everyone. However, it provides a nice base for this series of story telling.