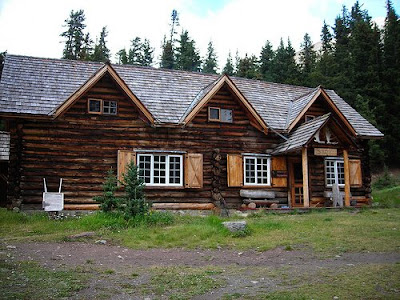 On Day 10 the hike leaves the Skoki Lodge for a day trip to Merlin Lake via Merlin Meadows covering a distance of about 6.2 km return. 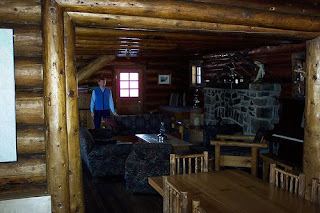 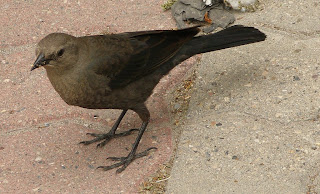 [114-Brewers Blackbird - click to enlarge] This bird has a preference for human modified environments. It is sociable and gregarious, nesting and gathering in large flocks. 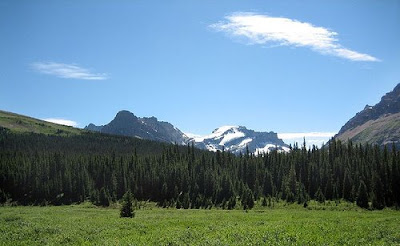 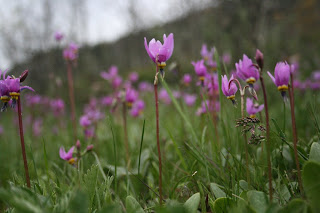 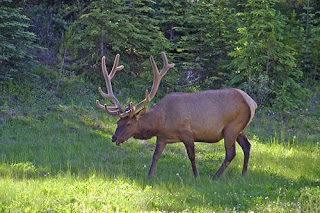 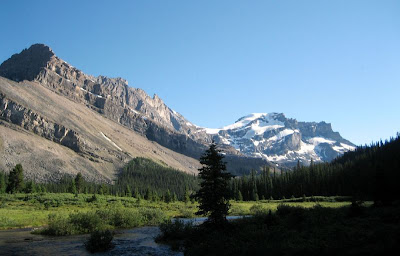 [118 - Merlin Meadows looking south to snow covered Mt. Richardson, to left is the west side of the Wall of Jericho - click to enlarge] 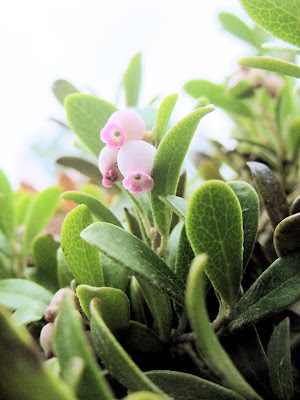 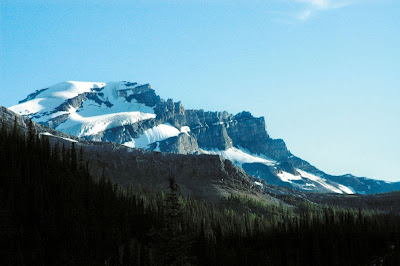 
Mt Richardson 3086m (10,125ft) with long northwest ridge called Merlin Ridge, and the northeastern ridge is called the Wall of Jericho. The eastern ridge extends out to Ptarmigan Peak and its southern ridge includes a smaller summit known at the Whitehorn. Mt. Richardson was named by James Hector in 1859, for Sir John Richardson, surgeon and naturalist on Franklin’s Arctic expeditions. 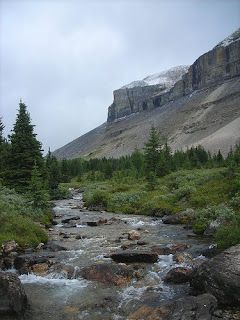 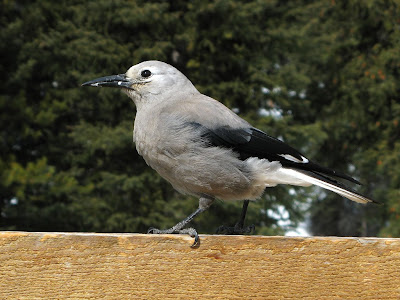 [122- Clark's Nutcracker - click to enlarge] This bird visits mountain camp sites and picnic spots where it likes to scavenge for food scraps, though it's main food source is pine nuts. It stores pine nuts for the winter and is able to carry the seeds a long distance with a pouch under its tongue.

This really is heaven on earth.

Beautiful pics as always. I'd love to see an elk in the wild.

I love Merlin Meadows. The place looks as magic as the name from these pictures!

Hello Barbara! I so have to have that Skoki lodge...

Leah, this is a good area to hike in, with alternative day hikes to choose from.

Bindu, there is another hike coming in a few weeks that I'm sure you will like even better than this one.

Charles, then you need to go where there are wild elk: the Rockies.

Teresa, then you and John Porter are of similar minds.

Rick, perhaps a visit and a couple of nights might satisfy you.

Fascinating mountains,Barbara! I love the lodge and should like to spend a holiday there.

What a fantastic experience!

A picnic in that spot looks PERFECT :)

Wil, the Skoki Lodge is a wonderful place to stay and meet other travelers.

Bhavesh, come again for future and past hikes in my favourite wilderness.

L.A., a picnic anywhere on a hike is bliss.

Beautiful pics of the landscapes of Canada... I'm totally in love with your blog...
Do drop into my blog when time permits - My Travelogue