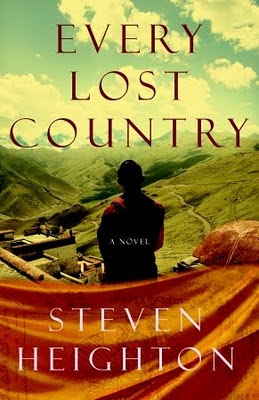 “Lewis Book, a doctor with a history of embroiling himself in conflicts, and his daughter, Sophie, travel to Nepal to join a climbing expedition. One evening, as Sophie sits on the border between China and Nepal, watching the sun set over the Himalayas, she spots a group of Tibetan refugees fleeing from Chinese soldiers. When shooting starts, Dr. Book rushes toward the ensuing melee, ignoring the objections of Lawson, the expedition leader, who doesn’t want to get involved and spoil his chance to be the first climber to summit Kyatruk. Lawson is further enraged when Amaris, a Chinese-Canadian filmmaker recording the expedition, joins Book with her camcorder in hand. When the surviving Tibetans are captured just short of the border, Lawson and Sophie look on helplessly as Book and Amaris are taken away with them, down the glacier into China. From that point, Lawson continues his ascent, and the fugitives are caught in an explosive and thrilling pursuit that will test their convictions, courage and endurance.

“Inspired by an actual event, Every Lost Country is a gripping novel about heroism, human failings and what love requires. When is it acceptable to be a bystander, and when do life and loyalty demand more?”

Mr. Heighton provides an insider’s glimpse into the world of the Sherpa people in Tibet and Nepal, their customs and the simple life they live without material goods. Their spiritual leader is the Dalai Lama, representative of the life they aspire to. These people are the focus of this novel, a small group of Tibetan people seeking refuge and freedom in nearby Nepal. The Tibetans are caught in a conflict between keeping their traditional life and those who co-operate with the Chinese. The Chinese view any Tibetan as a rebel who does not support China’s occupation of their country.

Parallels of the two main plots are clear: the climb of the mountain and the plight of the Canadians in escaping the Chinese military. Multiple sub-plots are seen through the narratives of various characters. Each of the main and sub-characters work through their inner struggles over personal convictions and failures of their complicated backstories. They are seen initially as separate threads then woven together through different perspectives and finally coming together to become one.

Dr. Lewis Book who has spent most of his life working for Doctors Without Borders, living in crisis zones, is committed to assist victims without regard for his own safety. Acting true to character, Book rushes across the border into Tibet to assist those wounded in the shooting. Sophie, not to be abandoned once again by her father, follows. Amaris McRae, documentary filmmaker, sees her chance at a better story than the climbing expedition. When the Canadians are at the mercy of the elements of nature and the Chinese military they begin to understand Wade Lawson’s single-minded desire to conquer a mountain.

Wade Lawson is determined at any cost to reach the summit of Kyatruk at 7,878 metres. He goes through self-reflection during episodes of the psychological battle against the thin air and weather conditions of high altitudes. The climbing sequences are spectacular and gripping, especially at the end.

An engaging character was Zapa, the Himalayan yak, despite his meager part added to the tapestry of the novel.

This book kept me reading, mesmerized. Mr. Heighton’s evocative writing style lures the reader in with perfect detailed descriptions of the landscape, cultures, emotions, climate, dilemmas and sensations experienced by high altitude mountaineers; and complex characters who feel like friends after a couple of chapters. When the ending came I was satisfied with how it closed, but sorry to see it end. I will be reading more of this author's work. 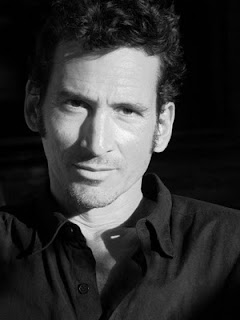 Steven Heighton is the author of the novel Afterlands, which has appeared in six countries; was a New York Times Book Review Editors’ Choice along with a best book of the year selection in ten publications in Canada, the US, and the UK; and has been optioned for film. He is also the author of The Shadow Boxer, a Canadian bestseller and a Publishers Weekly Book of the Year. His work has been translated into ten languages, and his poems and stories have appeared in the London Review of Books, Poetry, Tin House, The Walrus, Europe, Agni, Poetry London, Brick, Best...

Special thanks to Julie Forrest for providing a review copy.

Chapters.indigo.ca
Posted by Barbara Martin at 14:26

This book sounds fantastic. Thanks for sharing.

Another good one and no time to read. Sigh.

Charles, there are too few hours in the day to meet reading demands. Though I make a list of the ones I'd like to read at a later time and go back to it whenever I'm looking for a new genre or topic to read.

Tibet and its history is an endless source of events for authors to create thrilling books. The Dalai Lama is still one of the most interesting persons of the world nowadays.

Is there a more respected and yet persecuted group of people? Tibetan history and current dilemma is captivating. Sound like a marvelous read and I’m glad to see it’s on Kindle.

Sounds like a winner, Barbara. Thanks for letting us know.

This book sounds like its a really good one and think I passed right by it at Chapters. I will look again. Thanks