My Town Monday - Toronto Then and Now 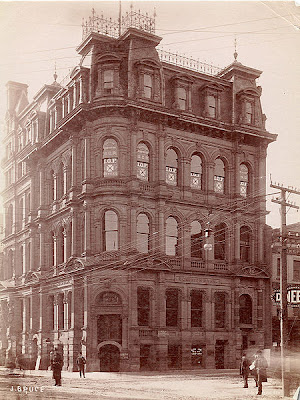 At the SW corner of King and Yonge Streets was the Dominion Bank. This photo was taken in 1890.


Today on the same corner stands the a newer bank built in the 1920s of the Toronto-Dominion Bank with a modern tower transformed into a luxury condo-hotel at One King Street West. 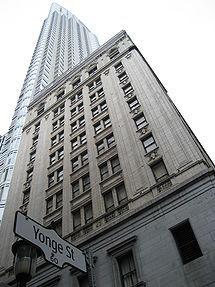 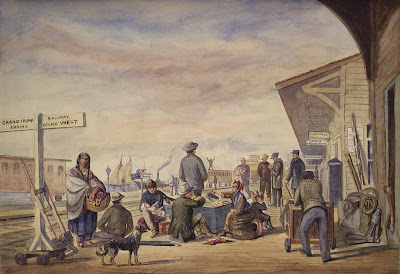 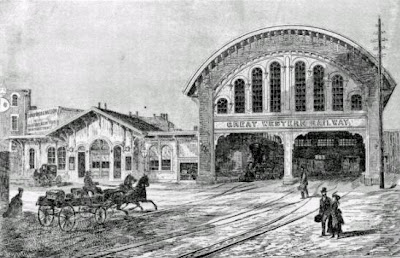 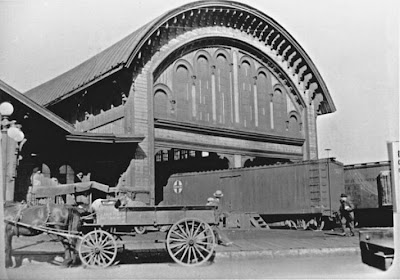 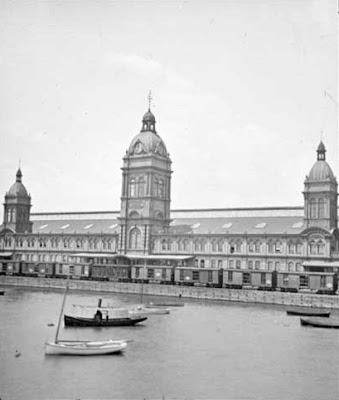 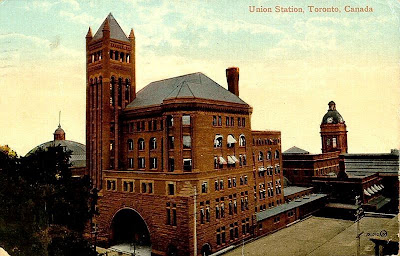 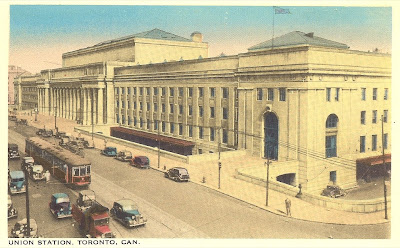 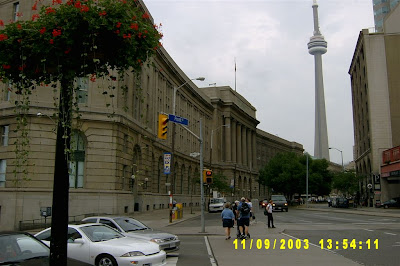 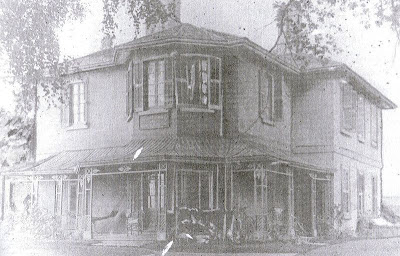 [Sunnyside House at Queensway and Glendale] 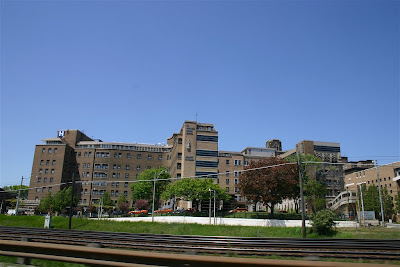 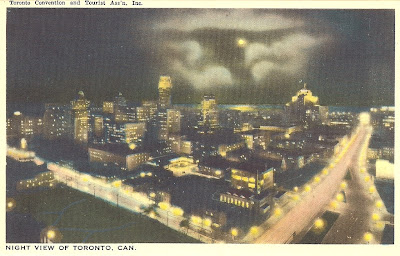 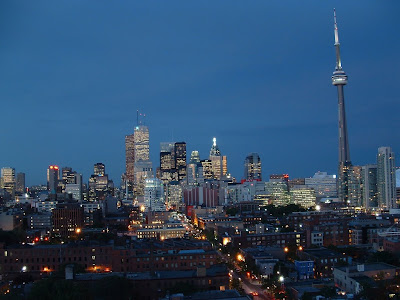 Travis Erwin from Amarillo, Texas is the founder of My Town Monday. For other locations to visit please go to Travis' site here.
Posted by Barbara Martin at 21:52

Toronto looks pretty both then and now.

I love your Toronto then and now posts, Barbara. My favorite picture today is the one of the horse wagons at the back of the railroad station. Times sure have changed, haven't they?

Ooooh! I'm first! You know what, Barbara, I could look at this photos all day long. I so wish I was going home this summer.

Been a few changes.

You find the best postcards, Barbara! The ones I find always have oversized fish or neon hotel signs.

Great historical photos and sketches. They make a wonderful comparison to today.

It's amazing to see progress in action.

Clair, most buildings today are no longer made from stone, but steel and glass.

Patti, the city reclaimed the area south of the lake shoreline and built south of Union Station.

Teresa, they have and sometimes I wonder if for the better.

Barrie, nice try. You might be able to wrangle a trip if the exchange rate stays higher for US$.

Charles, most every place has changed in last hundred or so years.

Clare, the postcards are there waiting to be discovered.

Travis, many things have changed in Toronto since the mid-1600s.

I love the historical view you share. It is so interesting to see "then" and "now." Thanks, Barbara.

Love the old pictures...especially the blurry one :)

Debra, you will have something to look forward to as there will be many more.

L.A., seems we are kindred souls in old photos as well as time.

I loved this collection of before and afters. Excellent shots. Many thanks.

I really like the Toronto Union Station picture. There's something simple and elegantly industrious about it.