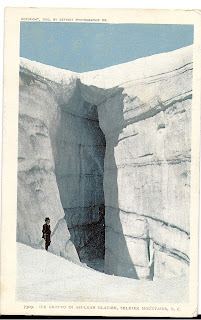 There had been an ealier post on the vastness of the cosmos and its different life forms, as as the karma or one's consequences of their actions which was deleted in error by accident. This may have been instant karma or just a rash decision of pressing the wrong button instead of "Update".

Over the years I had read about various types of meditation where one could learn over time answers to questions. It took several attempts of trial and error to mix bits of methods together to facilitate appropriate responses.

One time I was curious about how choices were dealt with, and I queried over how a person was chosen to assist another in a given situation. My meditated answer resulted in a brief internal vision of standing and looking up a very tall lectern where a large book rested, open two-thirds in. Behind the lectern stood a tall man dressed in a long dark coloured robe, the forefinger of his right hand slowly making its way down a list of entries. He turned the page and continued down several more entries until he reached the one he sought. Behind the man were tiers of shelving.

I took note of my position in comparison to the man and discovered I stood less than knee height on him.

Afterwards I contemplated over this experience, thinking it to be a visit to the Akashic Records. At the time I had not seen the entry nor knew what the entries in the large volume were for except it seemed as if the man was trying to find a match to my query.

Fascinating. Thanks for this.

A long, dark colored robe. Sounds almost like the academic attire we wear for graduation ceremonies.

Charles, as this was my first attempt at this type of query in meditation I only noted the robe was dark. It was the awe in my awareness that I was quite small compared to the sight before me; and yes, it did seem strange that I was able to discern the man's finger and hand moving over the book's pages. The man did not wear any head covering.

With respect to the Akashic Records or Book of Life, I would not be presumptuous to question the validity of such a location as the Judaic Lipka or Lords of the Records keep track of everything a soul does in each of their lifetimes.

Just wanted to say, that's a beautiful picture. I want to see what's inside the grotto, just around the curve there.

Marian, deeper in...probably a narrowing of the ice but with different hues of blue, turquoise to a blue black.