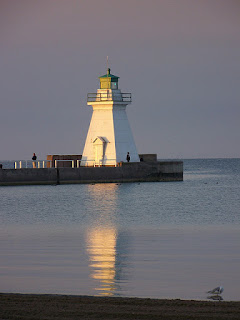 
My holidays over Christmas were spent with friends at Port Dover on the north shore of Lake Erie located about two hours west of Toronto. Although no snow had graced the area at that time there was a chill in the air and a brisk breeze coming across the lake from the south-west. Despite gloves my fingers grew chilled when trying to take photos with my phone, thus these from flickr suit my purpose. 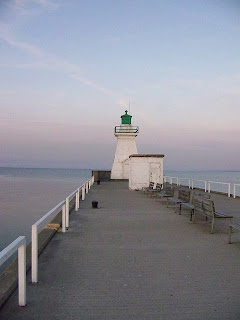 The waves coming into shore were a gray-green in colour, completely different from the water I've watched in Lake Ontario.

But the best thing I noticed was the lack of smog present. Being able to breathe in the quiet atmosphere was a blessing. 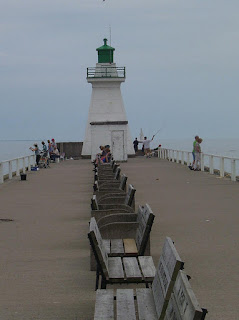 [Port Dover, ON, pier and benches by cseeman's photostream CC=nc-sa-flickr]

There were no other people present on the day I visited the pier, probably due to the cold wind and their preparations for Christmas.

It seems like a lovely place and well worth spending some time at.

Have a Happy New Year!

Ir looks like a fine place to expand the mind and soul.

I actually had to wear gloves down here recently going out. That's unheard of, but I was out for a long time, and helping carry Lana's camera stuff.

Hi Barbara - popping by to wish you a very happy, healthy and successful new year. Lovely photos. We could do with some of Port Dover's brisk breezes at the moment - January means sweltering weather here! Hope 2013 brings all you wish for.