My Town Monday - Samuel B. Steele - The March West Continues

My Town Mondays originated with Travis Erwin in Amarillo, Texas who has handed the reins over to Clair Dickson. For other participants please visit the new location here. 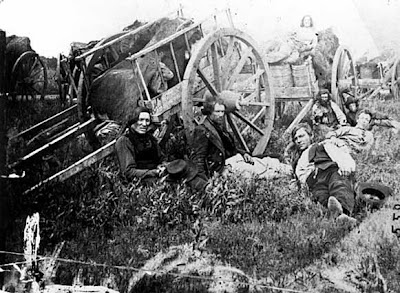 In July 1874, Samuel Steele began his trip west in service with the North West Mounted Police with the rank of sergeant-major from Fort Garry, Manitoba. The cavalcade that left Manitoba had assorted wagons, Red River carts, oxen, cattle, farming equipment, provisions and horses. The group formed a long line of eight miles. 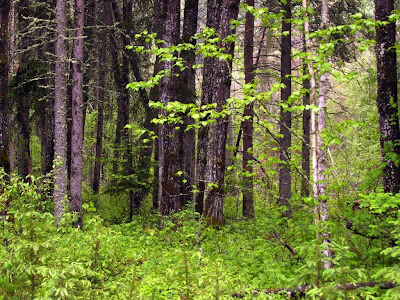 After a week’s rest at Fort Carlton, on September 19, 1874, the cavalcade resumed their trek to Fort Edmonton. Prior to their departure they had been informed the Blackfoot and Crees were again on the warpath. The cart trail was very rough with roots and stones, and the horses began to lag without grain. Game was plentiful with sightings of cranes, white wild geese and large numbers of the grey Canadian goose.

Many of the drivers of the Red River carts were Métis who provided music with a violin and would dance a jig on a door which they carried in their carts for this purpose. 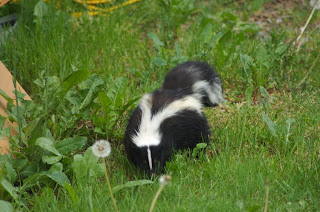 When the Métis grew tired of the fare provided: ducks, geese, prairie chickens and pemmican, they caught skunks, boiled them three times before roasting, stating they preferred them to other food.


Fort Pitt , a National Historic Site, is located on the north side of the North Saskatchewan River 60km north of Lloydminster. It had been a Hudson’s Bay Company trading post. It had been established as a half way point between Fort Carlton and Fort Edmonton. The fort was built where the territories of the Cree, Assiniboine and Blackfoot nations converged. Fort Pitt also played an important part in the North West Rebellion in 1885 which will be covered in another post.

Sam Steele wrote of the toll the day to day conditions took on their tired horses and oxen. Some days there were long stretches of several hundred yards where the trail was covered with water. 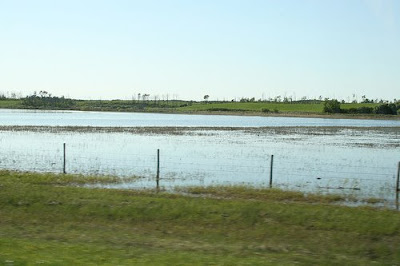 
Heavy rains had made the trail into muddy ruts or bogs or swampy areas. Often the horses lay down to rest overnight and were unable to rise without the help of the men, who rubbed their legs to restore circulation. Their cavalcade was strung out over the trail, and those in the rear with the cattle and worn out horses had to help them along. 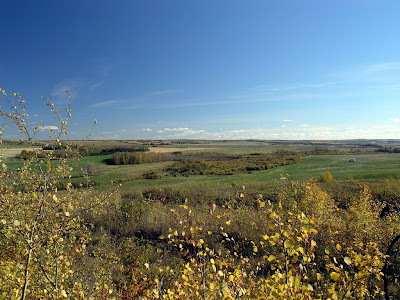 On October 19, 1874 they reached Fort Victoria (also known as the Victoria Settlement), a Hudson Bay Company post with a palisaded enclosure, located on a narrow ridge next to the North Saskatchewan River. A mission had been founded by the Rev. George McDougall, one of the pioneers of the Methodist church, and around the fort on the river bank were a group of thatched log houses of the Scotch and English half-breeds who had followed him. The people made their living by hunting buffalo, fishing and freighting. Their crops would be sown in the spring and left until harvest time. There was no concern whether the crops failed or not, as the buffalo herds were not far and there were many lakes for fishing. 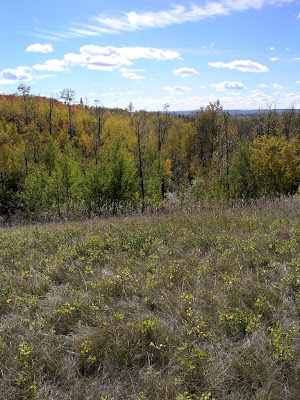 [6 -Near Smoky Lake. Note the grass in the foreground is prairie wool, a native prairie grass. Click to enlarge.]

Fort Victoria was located at what is now known as Smoky Lake, Alberta. It has been designated a National Historic Site .

oh, what a wonderful trip to your town! thanks for sharing!

Thanks Barbara, for the history in connection with these photos! Thanks for your visit to the castles on the river Loire too! This whole week will be dedicated to those castles.

Such an interesting story, Barbara, and so beautifully illustrated!

Love that footbridge over the falls in the previous post, but would rather not have to cross it. ;-)

O/T:
The Lipizzan Stables have special guests from the countryside, foals!
I hope to capture them with my camera one of these days.

Lara, although I live in the eastern part of Canada I was raised in Alberta, where I tend to centre most of my posts. The photos of the Smoky Lake location are a good representation of the parkland in central Alberta to the Rockies. Much of this land was in forests which were cut down when the settlers came to homestead. Within the forested areas were pockets of natural meadows, as in photo 6.

Wil, the trek west the first contingent of NWMP took occurred later in the year than it should have. It was only through the fortitude of the men that they were able to get to their destination. Their horses and oxen suffered over the trail, not only from the distance but from lack of food and water. More than 70 horses, oxen and cattle perished on the journey. What grain they took to feed the horses with soon ran out. The men fared only a little better than their livestock with poor rations and the water they found enroute.

Merisi, the early Canadian government made a good decision to send in a para-military force into the interior of the country to quell the violence and unlawfulness before the settlers arrived. Once the NWMP were established in their posts their good reputation began to grow.

Thanks for more Canadian history, Barbara. It's very interesting. I love the old photograph and the one of the skunk. I also like the scenery; it's very different from what I am used to.

Glad to find you soldiering on.

The historical sagas you post on My Town Monday are nothing less than spectacular.

I could not have been easy to do such a journey - a wonder that they survived at all. It was also interesting for a person from a country full of hills, mountains, valleys and fjords to see so much flat land!

You know how I love those old photographs. Each man's face tells a story.

Always a pleasure to read more about your area of the world, B :)

Beautiful country, beautifully presented. Thanks, Barbara; it's good to be back!

The wagon trails must have been so difficult - such a hard life.

Lovely post Barbara and that image of "Near Smoky Lake" is a breathtaking composition.

Barbara I enjoyed reading this and comparing it to our Australian history of early settlers walking incredible distances from this state to the next in search of gold,with horses which eventually became quite weak.We owe much in Australia to these stoic creatures and also camels with their Afghan handlers. They helped to open up inhospitable inland areas of Australia in the purposeful way you have described here.Thank you for such interesting insights.

Wow, those door-dancing, skunk-eating Metis sound fascinating! I wonder if thrice boiling gets rid of the what-have-you from the glands?

Teresa, having been to different areas of California I know exactly what you mean. There are significant changes in climate and topography from southern Alberta to the north.

Patti, there are many more historical posts coming.

RuneE, the land around Smoky Lake has a gently rolling landscape dotted with small lakes and sloughs.

L.A., then stayed tuned as more 'old' photographs will be presented in future history posts.

Steve, it's good to see your computer glitches are over.

Shelley, the travellers either had hot sunny days or rainy ones that would make a dirt trail filled with roots and stones very difficult.

Thomas, photo 5 is typical farmland of the area with trees and bushes acting as windbreakds. They also retain snow during the cold winter months to keep moisture in the soil when spring arrives.

Pam, Canada, too, had its experience with the gold rush to the Yukon which will be covered as Samuel Steele's journey continues.

Clare, the boiling must have removed the odour from the meat. One might have to equate it as being stronger tasting than lamb, goat or venison. Bear meat tends to be greasy.

It's been fun following this information. That's some beautiful landscape pictures you got there. I don't know if I'd have gotten that close to a skunk.

This is another well-researched trip through history and geography. The mhuman migration has always fascinated me. Eight miles in column size is considerable, it would almost be like a small village nowadays. And I gather that they did not know what to expect ahead.

Lauren, the important thing with skunks is not to startle them. I had a poodle who found a baby skunk and brought it home to take care of.

Cuban, they weren't as prepared as they could be. The waggons were overloaded and heavy for horses and oxen to be pulling on a continuous basis without grain. Also, horses need to be acclimitized to working and living outdoors in rough weather. The well-bred horses from Toronto did not fare well.